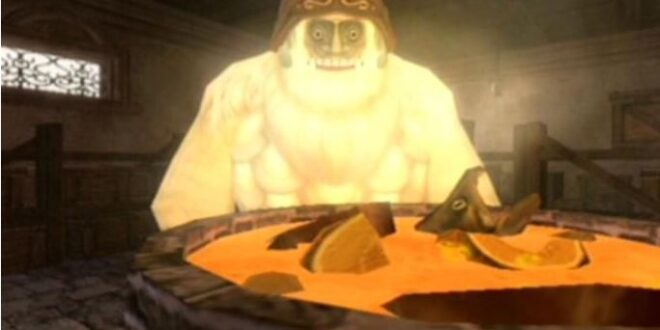 THIS RESTAURANT IS 100% INSPIRED BY ZELDA’S YETO & YETA

Remember Yeto and Yeta from The Legend of Zelda: Twilight Princess? The loved-up pair live atop Snowpeak Ruins and make soup with various ingredients Link delivers. They love snowboarding and one of them also transforms into a boss, but let’s forget about that minor detail.

Although they’re not the most popular characters in the LoZ franchise, they’re definitely inspirational ones thanks to their heartwarming love story, and we’re not the only ones who think that.

Over in Maine, New England, one pair was left so inspired by Yeto and Yeta that they themed their whole restaurant around them, and it’s wholesome AF [via ZD].

Named “Yeto’s,” the restaurant writes on its website: “The story of Yeto & Yeta is, like most great stories, a love story at its heart. Yeto & Yeta’s love, it was rumored, was once intense enough to melt the snow on the mountain the two Yetis made their home. That was until one day when Yeta fell ill.

“After a long battle with her illness all seemed hopeless for Yeta & Yeto. Yeto took matters into his own hands and set out to make a cure for his ailing wife. Using ingredients gathered from nearby; pumpkins from the nearby pumpkin patch, cheese from the local goat farm, and fish from the nearby river, he fashioned a soup that was warm, comforting, and healing. Yeto’s Superb Soup reinvigorated his wife Yeta and their love.

“Here at Yeto’s we’ve taken the story of Yeto & Yeta to heart. Inspired by the heritages of the owners we’ve crafted menus that utilize food from our backgrounds. Bryan, whose family is Italian and who grew up working in an Italian restaurant, and Jackie, whose southern roots come forth in her approach to food.

“With that in mind we created a menu featuring our own twists on classics both Italian and Southern as well as some stand out fusion dishes. We combined that with our mutual love for hand crafted cocktails and specialty coffee drinks to create a place uniquely us. Down home cooking from scratch, comfort food done right.”

The menu includes tasty brunch dishes such as the Ganon, the Yeti Breakfast and the Snowpeak Stack. Mains include the Princess Salad and Yeta’s Onion Soup. Zelda-themed cocktails are also available, with choices being the Yeti Cooler, the Kokiri Punch or LonLon Milk.

I was born to Play games. I related to Tokyo, Japan. Playing on Nintendo Switch is my hobby. Playing games is in my blood
Previous King Zell claims that we will have news from Nintendo in August
Next Pokemon GO Server Issues Are Causing Players to Lose Remote Passes