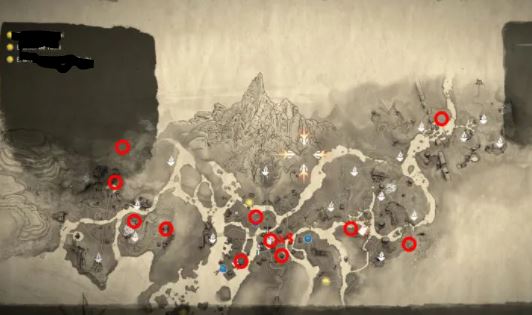 What are the cursed chests of Kena Bridge of Spirits? Where can we find them? We tell you everything you need to know about these collectibles.

Kena Bridge of Spirits has already arrived on PS5, PS4, and PC after a few months where delays have deprived us of enjoying this adventure. The Ember Lab game has generated good reviews and now it’s time to discover everything it has to offer.

Despite not being an open world, the Kena Bridge of Spirits offers scenarios of considerable extension in which we will find a few collectibles. Cursed chests are one of them and are prepared because there are quite a few on the game map.

Where are all the cursed chests in Kena Bridge of Spirits

Kena Bridge of Spirits’ smashed chests acts as a series of challenges. In order to open them, we will have to defeat a series of enemies under a series of specific requirements. If we manage to overcome the challenge, these chests will grant us different rewards.

Next, we leave you an image and a list in which you can find the location of all the cursed chests in the game. In total there are 13 chests scattered throughout the map, although some are very close. Luck!

It is important that you know that several chests will require that you have completed some tasks before (spirit emails) and will be a challenge to overcome in many cases, with tough, special enemies and with a time limit, so you may want to prepare as It’s due.

Details you may have missed from the major Animal Crossing: New Horizons update