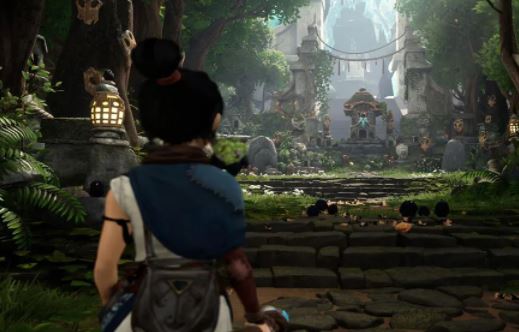 We help you activate the fishing sanctuary in Kena Bridge of Spirits, one of the puzzles that you will have to pass if you want to continue to prosper in the adventure.

The launch of Kena Bridge of Spirits has shown that productions that, a priori, have not managed a large budget behind their backs can also cover the need of those users who are looking for new playable experiences under a truly spectacular artistic section.

And it is that we have loved Kena Bridge of Spirits, an adventure and action game that drinks from some classic licenses such as The Legend of Zelda and with a really fun experience, but also full of puzzles, and it is likely that some will be I ended up choking you.

And one of those puzzles that much of the community does not know how to solve is the activation of the Fishing Sanctuary in Kena Bridge of Spirits , a moment of the game that you are going to face and is likely to cause you difficulties.

How to activate the fishing sanctuary in Kena Bridge of Spirits

When you have more or less reached the first half of the game, you will see that you will have to activate different sanctuaries to help Taro’s lost soul. One of these sanctuaries is the Fishing Sanctuary, which is causing greater difficulties for the user community.

It is a very visible sanctuary since you have it at ground level but it is not very clear how it should be released.

But surely you have already done that, and unfortunately you have not been able to activate it but a series of enemies appear. What you have to do is shoot these four stones but in a specific order .

Well, we have to shoot the stones in the order and position that we have just indicated. That is, where the candle alone is is the equivalent position of the stone that we must shoot first.

How to get the legendary weapons in Deathloop