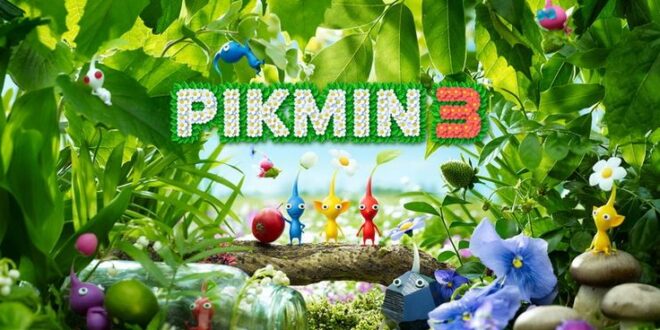 admin August 6, 2020 News Comments Off on Why Nintendo releases Pikmin 3 DX for Switch instead of a new installment

Nintendo has announced the release of Pikmin 3 DX for Nintendo Switch on October 30. The news has been received irregularly. Some users celebrate the launch of this strategy game (by Shigeru Miyamoto) on the console, but others lament that it is another port of a Wii U game.

Pikmin 3 was a great strategy game for Wii U. 7 years have passed since its launch, and it is still an original and fun bet, which has a lot of potential to sweep the Nintendo Switch. And yet his announcement has disappointed some users, who were expecting a Pikmin 4 (remember that the fourth installment of the saga has been in development since 2015, announced by Miyamoto himself ). Before we get our hands on our heads, it is time to analyze why this launch.

The first thing to keep in mind is that Wii U did not sell 14 million consoles worldwide (Nintendo Switch is already over 60 million, and is in great health) so it makes sense again the argument of launching a game for those who did not play the original to enjoy it. Even more so if we take into account the sales of other “ports” of Wii U for the new console. Super Mario Kart 8 DX is the best-selling game in the Switch catalog, and other “Deluxe” releases such as Donkey Kong Country Tropical Freeze, New Super Mario Bros U or Bayonetta 1 + 2 have also performed exceptionally well.

An important part of the Switch catalog corresponds to games coming from Wii U (to the previous ones you can add Captain Toad Treasure Tracker, T Tokyo Mirage Sessions #FE Encore, Pokkén Tournament DX, Zelda Hyrule Warriors Definitive Edition, The Wonderful 101 …) And overall, they are better rated now than they were at their original release. Do you want proof? According to Metacritic (aggregator of specialized press releases), Pokkén Tournament has improved 3 points on Switch, Hyrule Warriors has improved 2 points, DK Tropical Freeze has improved 3 points, Captain Toad has improved 1 point … in many cases, in the case of an identical version.

Without the release of these versions of Switch, it is impossible for any company to be able to keep up with exclusive Nintendo releases. This year the Kyoto company has launched Animal Crossing New Horizons, Pokemon Mysterious World DX Rescue Team, 51 Worldwide Games, Paper Mario The Origami King, Xenoblade Chronicles Definitive Edition …

And you also have to consider the launch of DX games as a gateway for new players. It is the reason why the development of Metroid Prime Trilogy DX is rumored before the launch of a new installment, or that the first two Bayonetta was re-released before a third installment (which is in development by PlatinumGames).

So is Nintendo’s release of “Deluxe” titles understandable? Of course. But there are two more debatable maneuvers. The first one is the launch of these games (whose development cost is minimal) at full price as if they were news. It is a question of the market; Nintendo treats DX editions as true novelties, promotes games as if they were, and they go on sale at novelty prices. This makes users perceive it that way.

The second is the removal of the Wii U versions from the eShop. You might think that whoever hasn’t downloaded Pikmin 3 for Wii U by now isn’t going to, but it’s still a moot move.