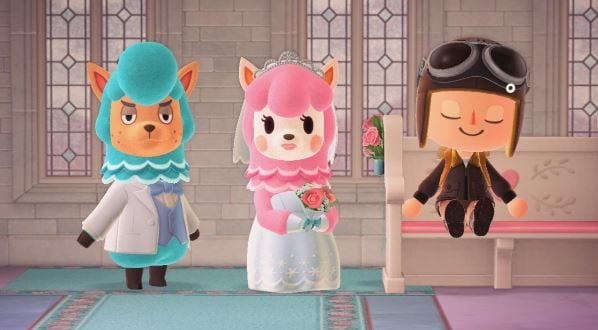 Nintendo reported the April-June fiscal quarter, updating sales data for the Switch console and its games, including Animal Crossing.

Apparently, Switch is already confidently bypassing the number of Xbox One devices, but there is no accurate data on sales of the second console since Microsoft previously refused to distribute these figures.

As for games, Animal Crossing: New Horizons, released at the end of March on Switch, by the end of June reached a circulation of 22.4 million copies, and Breath of the Wild finally broke the mark of 20 million — a small share falls on the Wii U version, which is not included in the table.

Nintendo also noted that demand for Ring Fit Adventure exceeded all its expectations, which is why the game was often not on store shelves and sales declined from March to May. However, now the company has increased production volumes, including the attached accessories.

As in previous reports, the expected games Bayonetta 3, Metroid Prime 4, and the sequel Breath of the Wild are listed even without a release window.

In terms of finances, the quarter was extremely successful for Nintendo — sales increased by 108% compared to the same period in 2019, operating profit by 427%, and net profit by as much as 549%.

The share of digital sales for the quarter was 55.6%, compared to 38.3% for the same period a year earlier.

I was born to Play games. I related to Tokyo, Japan. Playing on Nintendo Switch is my hobby. Playing games is in my blood
Previous Why Nintendo releases Pikmin 3 DX for Switch instead of a new installment
Next The success of Call of Duty: Warzone forced Activision Blizzard to reconsider plans to announce the next part of the game