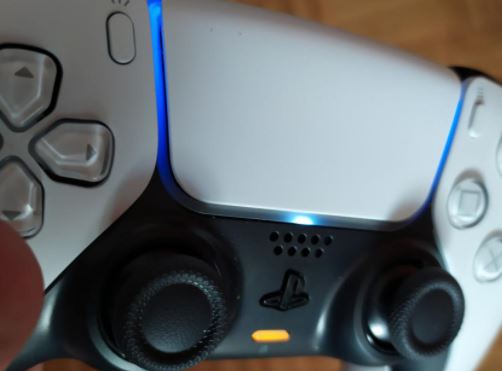 After spending days playing with PS5 we told you about 5 new aspects of the Dualsense controller that make the difference from the Dualshock 4. This is how the PlayStation 5 controller aims to change the way we play.

We have already spent several days with PS5, preparing our analysis of the console. A few days ago we offered you PS5 unboxing and our first impressions of Astro’s Playroom, the game that is pre-installed on the hard drive of the new generation machine. Now it’s time to give you our impressions of the Dualsense controller.

The controller is one of the main new features of the PlayStation 5, and its features “on paper” have already been shown above. That’s why in this report we wanted to focus on 5 aspects that we discovered when handling it. We have made it clear that we mean playing with it, and that we have not opened it up to investigate its components.

In case you are curious about what the machine offers, which will go on sale in europe next November 19th at a price of 499.99 euros (with a disk drive) and 399 euros (the digital edition), we have highlighted 5 aspects that were not clear before. The control unit will also be on sale separately at a price of 69.99 euros and the loading station will cost 29.99 euros.

These are 5 aspects of Dualsense that have surprised us when playing with PS5.

3 lights in the front

The Dualsense control unit has three different lights on the front. On the one hand, there is the “ambient” light that it inherits from the Dualshock 4 and that in this case is in a subtle line around the touch panel. This light can change colour, depending on the game, and can be used for camera tracking in PSVR games (we need an adapter that can be ordered completely free of charge).

The second light, under the touch panel, tells us which player is holding the controller. When it is player one, as can be seen in the image, it is a point of light in the centre, which changes depending on the number of players synchronised with the console. The third light appears when you press the “mute” button on the microphone. It is a transparent button that is off by default, but it lights up if it is active, in orange.

We have had the opportunity to play some PS4 retro-compatible titles. Those games can be played with our Dualshock in the traditional way, but if we play with the Dualsense controller we will also benefit from some specific hardware improvements. We’ve been struck by how haptic vibration works in a game like The Last of Us Part II. Not only do we get a feel for it when we ride, right at the start of the game, but we can even feel the vibration with some guitar chords that sound like a soundtrack.

This is because the Dualsense controller uses the audio tracks as a source to trigger the vibration. But don’t panic, this doesn’t mean that every time music is played our controller vibrates, but rather that it is activated at relevant moments in the game, when music plays an important role. As we have said above, the case of the guitar chords (in a soundtrack composed by Gustavo Santaolalla).

How the adaptive triggers work

We have spoken on numerous occasions about the adaptive trigger functions of the Dualsense controller. Here is a video(uploading) showing how the variable resistance works. In this case, imagine that we are drawing a bow or pressing the string of a guitar. The first part of the tour has a growing resistance. Then, we reach a point of maximum resistance and once it is exceeded (when the bow or guitar string is released) the resistance disappears. This effect can be changed in each game, depending on the needs of the developer.

The sound of the integrated speaker is very clear

While the Dualshock 4 already had games that used the controller’s speaker (in particular horror games that simulated mysterious sounds or phone conversations) for the moment we have only enjoyed sound effects on the Dualsense controller. However, these effects can be heard with crystal-clear clarity, much more faithfully than on the previous controller. If it were a conversation or a more relevant effect, there would be no risk of “missing out” on what it sounds like.

With all the functions that have been added to the Dualsense (a wireless controller that runs on a rechargeable battery) it was logical to think that the battery life would have been reduced compared to the Dualshock 4 – and this was one of its weaknesses. We cannot go into precise measurements, which is something you will see in our analysis of the console, but we can give you some approximate impressions.

It depends on the game we’re trying out at the time, but the 50% increase in battery life (we’re now at 1560mAh) is noticeable, and allows us to play comfortably for longer than on PS4. This is one of the improvements that we were demanding the most from the PS5 controller, and fortunately – at least in the first games – it seems to meet our expectations.

CDP CEO on the delay of Cyberpunk 2077 to investors: we’d rather be ashamed of you