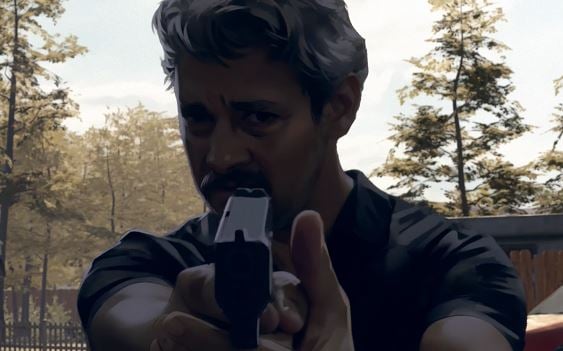 As Dusk Falls is a story game in which the players have to make choices and the choices will build or alter the story of the game. Not all choices are great so, players will have to choose a choice with a steady mind to keep every important person safe in the story.

In this guide, we’ll tell you all the Crossroads Choices of chapter 5.

The story continues for Jay and he’ll be going towards North. He’ll find a truck driver who will drop him in Utah. After that, the story switches and we’ll get to see Paul with Sharon. They’ll go through some dialogues and then we’ll switch back to Jay. He’ll see Vanessa and tell her that he has run away from his home because he is adopted and that his family isn’t his real family. Jay and Vanessa will run away together.

After that, we’ll switch back to Paul and he’ll get a visit from Dante who is his cousin. He’ll come into the house and ask Paul if he knows that you and Sharon were close to each other so you better tell me where she is hiding. It doesn’t matter what Paul chooses here. After a few moments, Paul will get a crossroad choice. The options are the following.

Paul will hit Dante with the coffee jar and escape away with Sharon.

Paul will pass the gun to Dante and Sharon will surrender. Sharon gets arrested.

Jay will punch Todd in the face and there’ll be a fight. Successfully complete all the QTEs in the fight and leave the party.

Jay will leave them alone and wait outside the house for Vanessa.

After that, they’ll drive away and then Vanessa will ask Jay that did he really ran away from his house or if there is something else. Jay will get a crossroad choice. The options are the following.

Jay will not tell the truth about himself and his family.

Jay will tell the truth about himself and his family.

After that, Vanessa will tell you that she was thinking about going to Canada with you but she doesn’t even know who you really are and she’ll say that she is going home. Jay will get a crossroad choice. The choices are the following.

Jay will say that I want you here with me.

Jay will tell Vanessa to go because it is best for her.

After a few dialogues, Vanessa will tell you to make a promise to her that he wouldn’t hurt anyone again. Jay will get a crossroad choice. The choices are the following.

Jay will promise Vanessa that he will never hurt anyone.