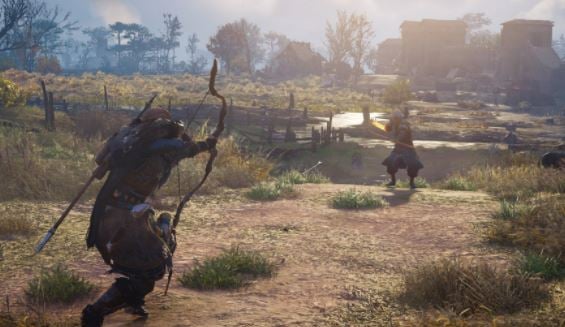 The Assassin’s Creed license has obviously not said its last word! After a Valhalla which seems to conclude the trilogy initiated with Origins , the Ubisoft teams are working on an opus that could change the face of the franchise. Here’s what we know about this next episode.

If concrete details are sorely lacking about it, Assassin’s Creed Infinity (which is actually a code name) was made official by the French publisher in July 2021. However, it is already certain that this new game will opt for a fairly different from its predecessors.

A rather surprising format

The first rumors of corridors concerning Assassin’s Creed Infinity are surprising. And if Ubisoft remained evasive on this subject, Bloomberg had notably explained that the project would be like a scalable platform rather than a traditional game. Thus, by going through this sort of hub, players might be able to access different games each with a different era or even a different aesthetic.

Thus, Infinity would not offer us one but several historical contexts. On the other hand, Ubisoft has also affirmed that many elements taken from previous games will be present in this one. The content itself should therefore not differ too much, but the publisher promises an innovative experience in many aspects. However, the vagueness remains total at the purely scriptwriting level …

A game-service that leaves you doubtful

Still according to rumors unconfirmed by Ubisoft, Assassin’s Creed Infinity would take a live service (and therefore fully connected) turn. Like Destiny or GTA Online , developers could then add content over several years without needing to release a full-fledged game in the conventional way. We can imagine that it will be more extensions deployed regularly.

But to reassure fans, Ubisoft was quick to clarify a specific point: Assassin’s Creed Infinity will not be a free-to-play to Fortnite . The publisher prefers to press ” the narrative elements ” which will litter the title. As of yet, we don’t know anything about the connected dimension and how it will materialize in-game.

A colossal project at Ubisoft

For this extremely ambitious opus, the publisher has chosen to mobilize the two emblematic studios which have been involved in the saga for so many years. Indeed, Ubisoft Montreal and Ubisoft Quebec will collaborate throughout the development. At the maneuver, we find Marc-Alexis Côté who became an executive producer on the series as a whole.

As for the inter-studio collaboration, it will be orchestrated by Julien Laferrière. In addition, the creative direction will also be carried out jointly between the two teams via the expertise of Jonathan Dumont and Clint Hocking. The alternation that seemed engraved in stone for many years after each new game is no longer relevant with this Assassin’s Creed Infinity.

If a new game was released each year from 2009 to 2015, Ubisoft then slowed down by offering “only” three new episodes between 2017 and 2020. The latest title, Assassin’s Creed Valhalla, continues to benefit from post support – unprecedented launch. Whether through free updates or other paid extensions, the French company wants to support the game for a few more months.

Nothing could be more normal since this dear Assassin’s Creed Infinity is just beginning its development. Its launch should not take place before 2024 at best. Will the saga remain dormant for all these years? Difficult to say for now … Anyway, Ubisoft will probably not talk about this project again in the near future. A launch exclusively for PS5, Xbox Series X | S, and PC seems more than likely.

New details on Assassin’s Creed Infinity: it will be almost everything fans want