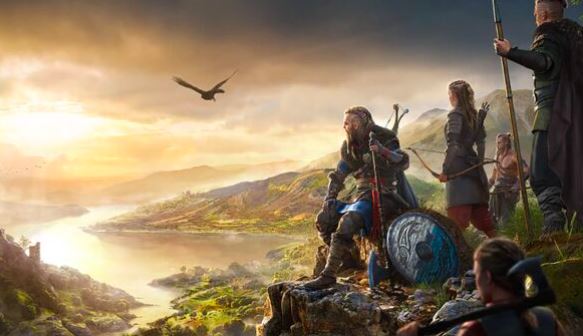 In recent years, Assassin’s Creed has become increasingly interested in the supernatural. An assumed choice can be explained by several reasons

The initial success of Assassin’s Creed

Assassin’s Creed is a recognized license that has lasted for many years now. While it does appear to be on the decline from some players’ perspective, the numbers show the opposite with an Assassin’s Creed Valhalla breaking multiple records. Still, it offers a much different experience than what was expected of the franchise at the time.

The Assassin’s Creed license owes its former success to realistic environments and stunning historical reenactments. With often quality storylines, these are clearly the points that have propelled the franchise to such a level of popularity. The supernatural dimension has always been present with the Precursors and Desmond’s story in the present. However, although much appreciated by players, this aspect has never encroached on or surpassed the heart of the license which was intended to be a real journey through time in a war between two factions.

In recent years, even if history has remained at the heart of games, Ubisoft seems to be making a real shift towards narratives increasingly focused on the supernatural and in particular mythology. A strategic choice can be explained by several reasons.

Why is Ubisoft exploiting the supernatural with Assassin’s Creed?

Without neglecting the historical dimension that is inseparable from the license, Ubisoft has been exploring new screenwriting opportunities a few times. We notice this change from the arrival of Assassin’s Creed Origins with the monster and Egyptian gods fights. By the way, Ubisoft announced a major update on the game more than 4 years after its release.

To come back to these scriptwriting novelties, we could also see them in Assassin’s Creed Odyssey which was interested in depth in Greek mythology with Atlantis and its secrets. Lately, Valhalla has leaned heavily on Norse mythology and seems to be pushing it even further with the announcement of the Dawn Of Ragnarok DLC.

With this new DLC, we are far from the fights between Assassins and Templars at the heart of the French Revolution or the Italian Renaissance. But then why this choice?

First of all, because Ubisoft had to renew itself and reinvent Assassin’s Creed. The last installments before Origins disappointed many fans and the formula so magical in the past seemed to no longer work perfectly.

By choosing to keep its recognized historical dimension and to push on the side of the supernatural, the studio knew very well that it would have many possibilities and it is undoubtedly not for nothing if the last three chosen eras have consequent mythological lore.

Ubisoft is also trying to surf a wave of major hype about the fantastic or even mythology. Whether in the cinema, in series, or in games, productions that are interested in these subjects very often meet a significant audience.

Now is the time to question the future of Assassin’s Creed. Is Ubisoft going to continue its momentum to explore more and more the different mythological lores of history or will it go back to basics in terms of its themes? The question is asked and we will have to wait a while before getting the answer. Assassin’s Creed Infinity isn’t planned for just yet although the studio has said the game will be huge and innovative.

Assassin’s Creed Odyssey – How to Return to Korfu

Assassin’s Creed Valhalla: How to access the DLC The Siege of Paris and what is the recommended level for missions