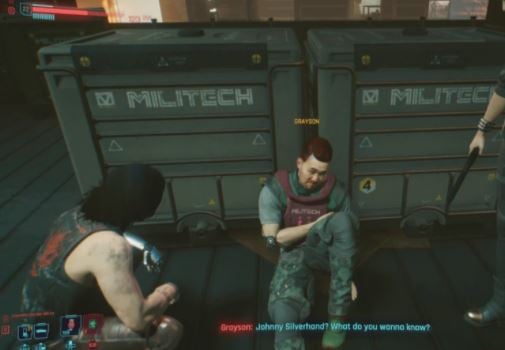 CD Projekt RED may have a lot of trouble due to the phrase used by Cyberpunk 2077 developers to mark censorship in China. The latest leak confirms that “Winnie the Pooh” was used mockingly.

At the outset, it is worth noting that the Chinese market has been very important for many developers and publishers for a long time, and the number of players from this country allows for dizzying sales results. As early as January 2020, CD Projekt opened up to fans of video games from the Middle Kingdom by publishing material addressed to the Chinese community, which was very well received – Cyberpunk 2077 enjoyed high popularity in pre-sale, and later became a hit in China.

As it turns out, the developers responsible for Cyberpunk 2077 decided to use the phrase “Winnie the Pooh” to denote Chinese censorship in the game. The details were uncovered with a recent leak, where it can be accurately verified that alongside classic phrases like “Nudity” and “Drugs” there is “WinnieThePooh”, which is directly linked to “China”.

There is a significant problem in this case, as the use of the phrase “Winnie the Pooh” is prohibited in China. Xi Jinping, the president of the People’s Republic of China, according to many mocking and satirical comments, resembles a fairy-tale character, thanks to which special state organs completely remove all mentions of the character, while censoring everyone who uses the indicated comparison.

Already in 2019, PewDiePie was banned in China for “Winnie the Pooh”. His materials are not only inaccessible to viewers from the Middle Kingdom, but search engines do not provide any information about the still most popular YouTuber.

If CD Projekt shares the fate of Felix Kjellberg, it can be a huge inconvenience for Cyberpunk 2077, The Witcher, the GOG platform, and all other games created by the Polish studio. There are already voices about a “ban” for CD Projekt in China.

Insomniac staff have said on social media that there were no crunches during the creation of Ratchet & Clank: Rift Apart