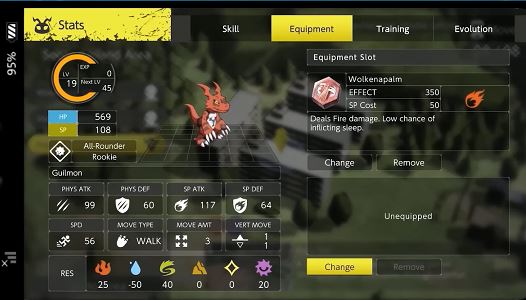 In this guide, we’ll tell you how to get & Download Guilmon in Digimon Survive.

How to get Guilmon

There are two ways that you can get this game, in a digital form and in a physical form from the store. It doesn’t matter what type you buy in the first 30 days of the sale of this game, you’d get Guilmon a Fire-type character. To get the digital form, you just have to buy it from the store of your console to get the Guilmon. If you are buying this game in physical form, go to any game store and you should get a redeemable code in the DVD that will get you this character. If you buy the game after the 30 days of the game sale then you wouldn’t be able to get this character.

Guilmon is a Fire-type character that has a wide range of attacks that can deal a great amount of damage to the enemies and getting it in the early game would make a lot of things easier for the players.

For the digital type of game, it is very easy to download Guilmon. If you have bought the game in the first 30 days of the sale then when you download the game, you’ll automatically download the Guilmon Character with the game. When you start the game for the first time, you’ll be notified that Guilmon character has been added. If this message doesn’t show up, you can check the store Add-ons page and start the download manually of this character from there.

After that, players will need to play at least 1 hour of the tutorial of the game. Completing the equipment tutorial and unlocking the Menu and selecting the “Receive Bonus” option will give a message to the players that Guilmon is now available along with the rest of the team.

Digimon Survive: How Do You Get More Digimon?

Bear and Breakfast: How to Craft Bed and Build Bedroom