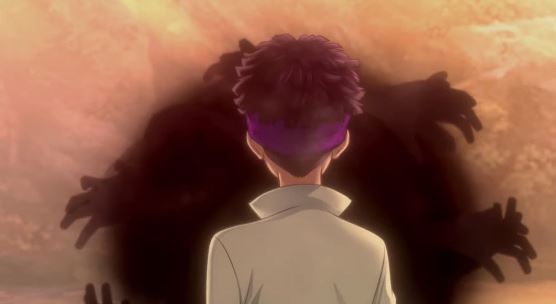 Digimon Survive is a narrative story mode game in which the character Takuma will be able to make choices on various points. The choices will have consequences and the story will build upon those choices. There are two characters in your group that can die in the story and in order to save them, you have to make certain choices very carefully.

In this guide, we’ll tell you how to save Ryo & Shuuji.

You’ll be able to save Ryo in the first run of the game. In order to save him, you need to build affection with Ryo for up to 35 points. You can easily build affection by choosing the left option which is the MORAL option/path.

In Part 3, Arukenimon will see the fear in Ryo, and his behavior will change, and start talking to himself. When Ryo gets in danger, Takuma will need to talk to Ryo and you get a new option “Promise Ryo to Save Him”. Saying this to Ryo will calm down and he’ll not lose his mind when he sees his Mother in the fog. Helping him in the fog from the hands will turn in his survival.

In order to save Shuuji, you also need to make sure that you save Ryo in Part 3 of the story. If Ryo didn’t survive, Shuuji will also die and you cannot save him from his death at the hands of his own Digimon.

You’ll also need to build affection with Shuuji for up to 35 points and you can do that by choosing the MORAL path or the options that rely on Shuuji’s opinion. Once you’ve built affection with Shuuji, on the death scene of Shuuji, Takuma and Ryo will be able to save Shuuji from Lopmon who will evolve into Wendigomon.