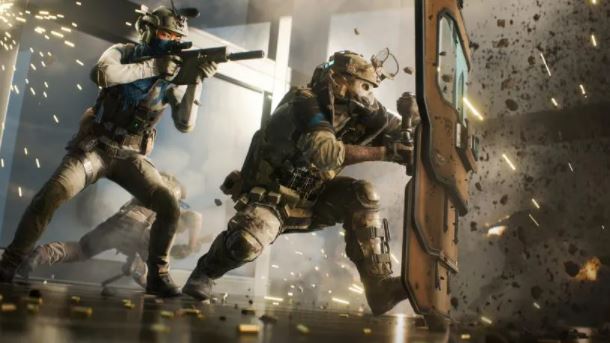 These are the 8 craziest (and most impressive) tricks with which you can surprise your enemies in Battlefield 2042, now available on PlayStation, Xbox, and PC.

The most epic battle in Battlefield has begun. And is that Battlefield 2042 is already on sale in stores, and brings us the best experience of the war saga of EA and DICE.

We’ve had to wait a long time, but the new multiplayer installment of Battlefield is now available on PlayStation, Xbox, and PC, ensuring many months of fun.

Surely you are already taking your first steps in the games of Battlefield 2042, but it never hurts to know a few tricks beforehand. These 8 tricks can make you hit incredible kills in EA’s shooter.

If you’re just starting out in Battlefield and want to stun your enemies and friends, here are some dirty tricks to get some incredible kills in Battlefield 2042 .

Dirty Tricks To Get Some Incredible Kills In Battlefield 2042

Battlefield 2042 is cruel and tricky, like war itself. It is not only reduced to ending the enemies, but any action is worth achieving victory.

No, we are not talking about cheating, but we are talking about using ingenuity and using strategies that no one expects. And it is that in Battlefield 2042 we can execute a series of tricks (dirty or not) for it.

Surely you have already thought of some, but we provide you with the 8 tricks that will make you get incredible kills in Battlefield 2042. The kind that is worth saving on video and showing off with our friends.

The first trick is to use the Casper perk, which will summon a drone (OV-P Recon Drone) in the game. Next, place C5 explosives on the drone and direct it towards the enemy tanks … grab some popcorn and enjoy.

The second trick has to do with the Irish operator and his fortification system. This is very useful to use the doors of an elevator as a shield while going up to the roof of a skyscraper.

Also, there is a variant that you can use with this advantage. If your vehicle gets stuck in the mud, the fortification system will help you get your tank back up and running.

The third trick has to do with skyscraper fighting. If you are on a rooftop and enemy helicopters are approaching, we recommend using an EBAA Wildcat. This is a wonderful weapon of destruction for these situations.

One of the best things about Battlefield 2042 is its helicopter battles. If you are in one, we recommend using the fourth trick: do not go around the building to avoid your enemy, since it is better to fly over the roof and ambush him from a higher aerial position.

The fifth trick has to do with leveling up quickly. If you’re just starting out in Battlefield 2042, we recommend playing against bots to unlock Operators, Weapons, and Classes. Oh, and avoid the Battlefield Portal for now.

Trick 6: Although Boris is listed as an assault operator, he is actually more skilled as a sniper class. If you are in a high position, use the automatic turret to get a lot of kills … while you rest in your hideout.

We come to the seventh trick, and it is basically that you use the LCAA hovercraft. Not only will you be able to drive on water, but there is a bug that allows you to climb vertical walls of buildings. Take advantage of it while it lasts, especially in Hourglass.

The last trick has to do with Hazard Zone. Avoid facing other players and focus on taking down the bots, but first apply the Tactical perk of negotiated reward. This grants you 50% more XP and credits for each kill (bot or not).

These 8 tricks will help you get the most out of Battlefield 2042. Some will not always be available, so take advantage of them on your PS5, PS4, Xbox Series X | S, Xbox One, or PC.