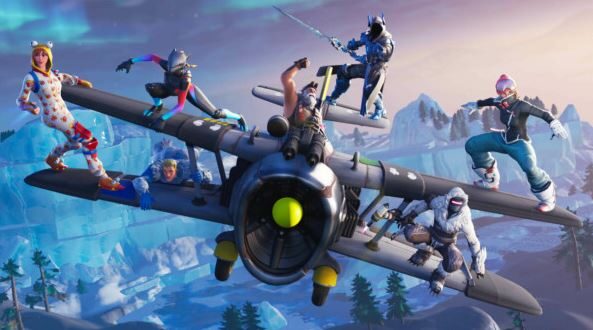 admin September 5, 2020 News Comments Off on Epic Games explained why removing Fortnite from the App Store is causing” irreparable damage ” to the Studio

Epic Games has already appealed to the court for this at the first hearing of the case and said that Apple’s restrictions are harmful to its reputation. However, the company’s request was rejected — as noted by judge Yvonne Gonzales Rogers, Epic itself created such a situation, deliberately violating the rules of the App Store. The judge also said that Epic Games did not provide any substantial grounds for returning Fortnite to the App Store beyond reputational damage.

In a September appeal, Epic Games said that Apple’s actions not only harm the Studio’s image, but also “irreparable damage.” As the company explained, since the removal of Fortnite from the App Store, the number of daily active users in the game has decreased by more than 60%.

According to the developers, the iOS version is used by 116 million players who have registered in Fortnite, while the game has 350 million registered accounts. At the same time, 63% of Fortnite players on iOS, as stressed by Epic Games, run the game exclusively on iOS and do not use it on other platforms.

In conclusion, Epic Games noted that Apple does not intend to return Fortnite to its app store “for at least a year.” In this regard, the developers are afraid that they “may lose” users of the game on iOS forever.

Thus, Epic Games believes that Apple’s restrictions cause significant damage to the company, and therefore asks the court to issue a temporary ban on removing Fortnite from the App Store — similar to the decision in which the court forbade Apple to delete Epic Games accounts from its platform.

The second hearing in the case between Epic and Apple will take place on September 28.

I was born to Play games. I related to Tokyo, Japan. Playing on Nintendo Switch is my hobby. Playing games is in my blood
Previous Microtransactions in cyberpunk 2077 multiplayer and a long period without discounts: the main thing from CDP’s conversation with investors
Next Hackers hacked Wasteland 3, NBA 2K21, WRC 9, and Crusader Kings 3