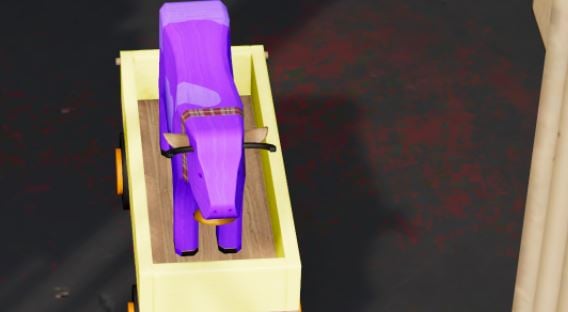 Farming Simulator 22 introduces collectibles again! Known from the predecessors, you can now collect as much as you want. If you are still missing one last object, you should read this carefully. You will find the coordinates that lead to the objects in square brackets.

20 game modules have been hidden on this map. If you find them all, you get the achievement: “The classics. You can’t get enough of them” and a total of €1 million – so each game module earns €50,000.

Machines and animals at ELMCREEK

Many colorful vehicles and machines have been hidden on Elmcreek. Tractors, seed drills, plows, combine harvesters and water barrels can be found in bright colors. You can also find animals in all kinds of colors. When you have found 10 objects in each category, the corresponding model appears in the shop window in Cody’s toy shop – to the left of the bakery. This also applies to small animals.

When you have finally collected all 100 models, the following achievement is unlocked: “A piece of cake. You like to reminisce about your childhood.”

Ruined King- All Rewards and Where to Claim Them

Sherlock Holmes Chapter One: Solutions to all police cases and side cases in Cordana