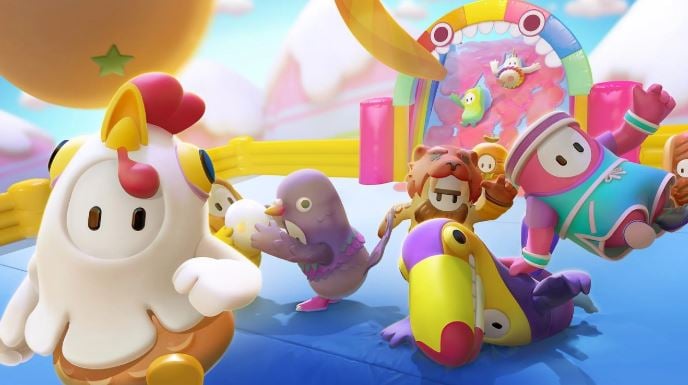 Employees of the Mediatonic Studio told how they tried to set up their own system to deal with dishonest players, “cheater Islands”, which eventually had to be disabled.

It was a system that worked on the principle of “shadow blocking”. According to the developers of Fall Guys, violators were supposed to be collected on separate servers, where they would play with each other, without interfering with everyone else. “Island” was launched gradually to collect enough data and make sure that only those who actually used cheats will be banned.

When we realized that everything was working, we secretly launched “Fall Guys cheater Island”. It was a magical place where cheaters could happily compete with each other for the “cheater’s Crown”. (It’s like a normal crown, but it brings a sense of emptiness, shame, and regret.)

At that time, we already had data about who exactly uses cheats, but we didn’t do anything. There were no residents on the “Island”. And then we gradually began to lower the bar for system sensitivity.

At first, the “Island” simply did not have enough players to run at least one match. The search for rivals from the violators continued indefinitely, and they began to complain to Mediatonic that the game was “broken”. The Studio didn’t respond.

Imagine: you need more than 40 players to complete a match. And “cheater Island” is not a real place, it is a system of servers all over the world. It was necessary that there were enough cheaters in one region to run at least one game with them. If they were not enough — you just fell endlessly.

There were, of course, real bugs that caused this to happen. But more often than not, when people complained that they were “falling and falling” – they were probably cheaters and we didn’t want to give them any details.

The developers of Fall Guys acted carefully — the Studio did not want the violators to realize that they were “spotted”. And we hoped that some, after trying the cheats once, would give up the idea and continue to play honestly.

But most often this did not happen, and the developers made the system more sensitive. As cheaters “marked” more and more users, and the game added measures that do not allow you to bypass the “shadow lock”. Over time, the servers of the “Island” filled up, and the network began to appear records of matches filled with cheaters.

But the developers were worried. They knew that matches were actually being played on special servers, but they had no way to check whether such videos were from there. Violators could bypass the system and improve their cheat programs — but whether this was the case, even the developers of Fall Guys did not understand.

First, someone uploaded a video to Reddit under the title: “Have you ever played a Fall Mountain round where all the players are cheaters?» But the problem is that it looks LIKE “cheater Island”, but we are not 100% sure.

In the end, Mediatonic employees decided to abandon the “Island”, simply prohibiting” marked ” users to log in to the game. Your own system will be disabled in the next major update, replacing it with an anti-cheat from Epic Games.

Our anti-cheat was good. But we did not expect that the game will have so many users and did not think that some cheaters are ready to go. At first, we tried to build a system around honesty, but soon realized that we were involved in an “arms race”, and immediately called the specialists from Epic.

The developers did not specify the release date of the patch, announcing only its name: Bug Yeetus and Anti-Cheatus.