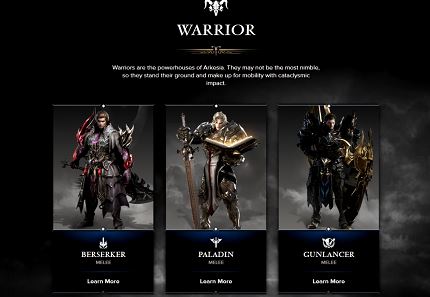 If you prefer big brutes with big weapons and you just like to smash enemies with those weapons then warrior is your type to go with. Warrior has three subclasses in it from which you can choose your play style and character.

The skills that you want to get are the following:

After level 50, for your Awakening skill, you want to get Berserk Fury.

Focus on equipping as high item-level gear as you can. At the end game, you should have 860 crit and 740 swiftness.

If you haven’t reached this point then try to put 60% stats into crit and 40% in swiftness. You can get more points by leveling up and doing more quests so keep doing that to upgrade your build more quickly.

The engravings for this build are the following:

The cards you want to get are the following:

In general, these cards are the endgame system for maximizing your character so, you don’t have to get them right away. But these cards will optimize your damage output even more.

After getting all this just save your character build and you’ve got the best build for one of the Warrior Class.

Hope this guide had helped you with what you were looking for.

7 The Stanley Parable: Ultra Deluxe Tips To Help You Get Started | Beginner’s Guide