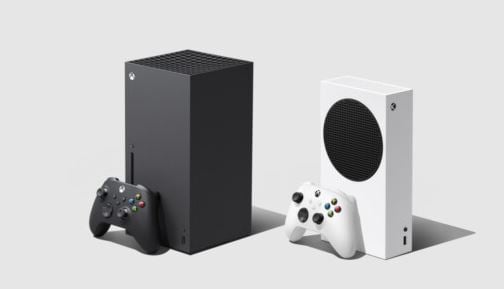 admin October 28, 2020 News Comments Off on Microsoft announces that the Xbox Series X|S will be the only next-generation consoles with full RDNA 2 integration

Microsoft spoke about full support for RDNA 2 immediately after the AMD presentation.

The Xbox Series X|S are the only next-generation consoles with full hardware support for all the RDNA 2 features that AMD revealed today.

Microsoft did not specify the differences between PS5, but once again noted that the new Xbox supports DirectX Raytracing, Mesh Shaders, Sampler Feedback and Variable Rate Shading.

When we started developing the Xbox Series at X|S, we already knew that we were building a foundation for innovation and performance in the gaming industry for the next ten years – on PCs, consoles and the cloud.

To realize this vision, we wanted to take full advantage of RDNA 2 right from the start. Thanks to our close collaboration with AMD, we not only fulfilled our promise, but went further by adding additional next-generation innovations, including faster machine learning for better NPC intelligence, more realistic animation and improved picture quality using techniques like ML Super Resolution.

Thus, Microsoft confirmed that the Xbox will support upscale using machine learning-an analog of DLSS from Nvidia, developed by AMD.

Despite the fact that Sony claims that the PS5 is also built on the basis of RDNA 2, the media has repeatedly reported that the company chose to further customize this platform on its own with unknown results.

There are no direct comparisons of the performance of the PS5 and Xbox Series X in optimized games on the network yet, but they should appear soon: both consoles are already at the disposal of Digital Foundry.

Earlier, AMD held a large presentation of its rDNA 2-based video cards, which should compete with NVIDIA’s RTX 3070, 3080 and 3090 in terms of performance.

The Xbox Series X and Series S will go on sale on November 10. The DTF editorial team has previously received retail samples of both consoles, and our review will be available from 5th November.

I was born to Play games. I related to Tokyo, Japan. Playing on Nintendo Switch is my hobby. Playing games is in my blood
Previous Problems are reported when trying to use the Control Cloud service on Nintendo Switch
Next More problems for Halo Infinite: its director leaves the project