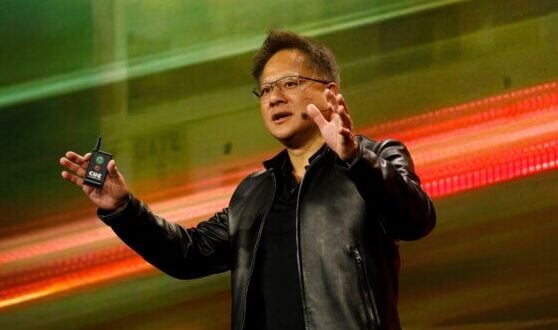 admin November 19, 2020 News Comments Off on NVIDIA revenue up 57% thanks to data centers and new GeForce gaming graphics cards

NVIDIA reported for the third fiscal quarter, with total revenue of $4.73 billion (an increase of 57% compared to the same period last year).

Gaming video cards brought in $2.27 billion (year-on-year growth of 37%), Jensen Huang called the launch of the GeForce RTX 30 “one of the best in the company’s history”. Here it is worth noting that NVIDIA earns mainly not on direct sales of Founders Edition, but on shipments of chips to partner manufacturers.

The main growth area for NVIDIA in the future will be the industrial segment, which includes data centers and AI-based solutions for manufacturing and Autonomous transport.

Earlier, NVIDIA announced its intention to buy the British chip developer ARM for $40 billion — now the deal is awaiting permission from the US, UK, and Chinese authorities.

Moor Insights & Strategy analyst Patrick Moorhead said in an email to GamesBeat that Nvidia had a good quarter.

“In gaming, Nvidia is taking advantage of more people staying home and gaming with a very competitive 3000 Series product line,” Moorhead said. “I will be closely watching in the next quarter for competitive impacts and improvements due to major game titles dropping, like the new Call of Duty: Black Ops Cold War.”

Moorhead added, “Datacenter saw big increases from the Mellanox addition, but more of the growth was organic from machine learning. Finally, I’m not surprised in the auto declines as the industry is still in a bit of flux from Covid-19 impacts. I am expecting a sequential improvement in automotive.”

I was born to Play games. I related to Tokyo, Japan. Playing on Nintendo Switch is my hobby. Playing games is in my blood
Previous Animal Crossing: New Horizons has been nominated for Game of the Year
Next Things you didn’t know your new PS5 could do