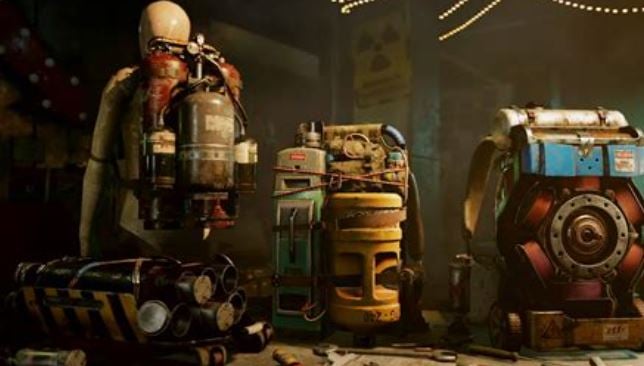 Far Cry 6 has a co-op mode with which you can complete missions together, collect loot and make the open-world unsafe. How exactly this works, what you have to pay attention to, and what compromises there are when playing with a partner, we explain to you in our compact guide on the subject.

Far Cry 6: Everything about co-op in the open world

Can you play the story campaign together?

Yes, you can theoretically play the entire campaign together from the first main island area and also complete open-world activities together – or simply admire the picturesque island landscape from a jet ski as a couple.

However, the story progress only remains with the host. If you are a teammate, you have to complete the missions in your game world again. A small increase compared to Far Cry 5 awaits you anyway.

When will the co-op mode be available?

If you want to play Far Cry 6 in co-op, both players must have completed the first story missions on the tutorial island of Isla Santuario. Only then will Far Cry 6 co-op mode be available.

What progress do I keep as a player?

The story progress fizzles out, but even as a guest you keep your rank as well as looted resources and equipment. You are accordingly stronger and shoot your way through the campaign missions more effortlessly.

How many players does the co-op support?

As with the predecessor, multiplayer fans plunge into the open-world fray again in twos. Co-op for three, four, or more players are not supported.

Do both players get the same loot?

Yes – at least with unique loot. When playing, we stole a special weapon, the Camo Quinceanera, during a treasure hunt, which both players could pick up. With regular loot boxes, both of them receive a random reward such as a weapon or material.

How do I play with someone?

Crossplay works between the console generations. PS5 and PS4 can play together or Xbox One and Xbox Series. PC gamers, on the other hand, stay among themselves, and console users cannot exceed their platform limits.

Anyone who has not yet been able to convince a buddy of the co-op can fall back on matchmaking this time. You can look for willing allies directly in the game, for example, if a mission alone is too tough for you.

What are the advantages of co-op?

Of course, you benefit from co-op especially when you work together:

What happens if I move away from the co-op partner?

As in Far Cry 5, your co-op partner will be teleported to you if you advance too far. However, the range has been increased so that you no longer have to walk obediently like your dog companion Chorizo. Incidentally, the strict regulation of the predecessor had technical reasons.

Is there a friendly fire?

As in Far Cry 5, the damage to your comrades is hidden by default. Do you still have a bill or are you longing for more realism, you can activate it in the menu.

How much fun is the co-op?

Especially with large hordes of opponents, the co-op also provides variety, as you no longer have to mow down an overwhelming force alone. If data is to be downloaded or fertilizer tanks destroyed at the same time, the division of labor is also an option. A treasure hunt, in which we had to find boats pulled ashore with numbers, turned out to be much faster because we didn’t have to plow through the whole village one by one.

The co-op loosens up the game and ensures practical synergies – for example, if you first stun all opponents with the poison gas supremo and then fire after rockets or first switch off all cameras via EMP while another player opens the heavy artillery or slowly moves forward. The journey through the open world is also much moodier when one is driving and another is targeting the opponent.

A big downer, however, remains the difficulty: Far Cry 6 is very easy to play on its own, in co-op or single player with the captured multiplayer progress, most missions are even more a piece of cake. Ubisoft should work on the balance here until the release.

In addition, only one person takes over the story progress, which is why you can only experience the whole story to a limited extent in co-op. For us, it makes sense to complete the campaign alone and then hunt down cool equipment together in the open world.

Burenia in Metroid Dread and how to complete it 100%

Far Cry 6 Cryptogram Locations – Where to Find All Chests