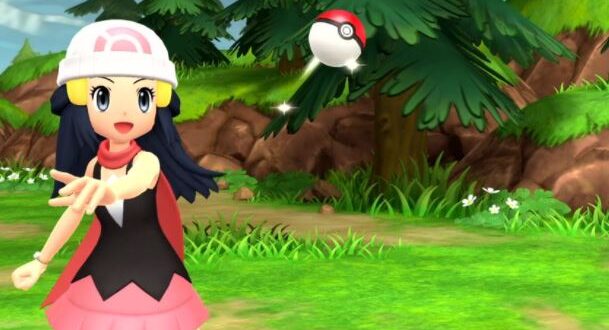 Pokémon Diamond and Pearl have finally been the two main deliveries announced by The Pokémon Company on the occasion of this 25th anniversary. We tell you all the details.

For months and months, it had been rumored that the Pokémon saga would return to Sinnoh, the fourth generation that came to Nintendo DS years ago. On the occasion of the 25th anniversary of the franchise, The Pokémon Company has put all the meat on the grill and has finally confirmed that the rumors were correct.

Pokémon Shiny Diamond and Shimmering Pearl have already been revealed for Nintendo Switch. These are two installments that act as remakes of the classic Pokémon Diamond and Pearl that we had the opportunity to enjoy on the Nintendo laptop. Take a look at the presentation trailer.

In this trailer, we have been able to see some of the news that these long-awaited new editions will present. It seems that the essence of the Sinnoh region remains, although it will also present notable visual changes.

The characteristic routes, cities, and pokémon will look with a Chibi 3D style where the characters have been seen in a different way than what the saga has used to us. However, they will not be Let’s Go editions, but they will respect what we could see in their original titles. They will arrive at the end of 2021 and will be developed by ILCA, creators of Pokémon Home.

Much has been said about the importance of the fourth generation within the Pokémon saga and that is the culture of the region and especially its legendary pokémon, which represent elements as important as time and space. Not to mention Arceus, a deity who represents absolute power in the Pokémon universe.

Of course, this Pokémon Presents has not been the only thing that has been revealed. Pokémon Legends Arceus has established itself as the first open-world game in the series and will arrive in 2022.

I was born to Play games. I related to Tokyo, Japan. Playing on Nintendo Switch is my hobby. Playing games is in my blood
Previous Rumor suggests Life is Strange is coming to Nintendo Switch
Next Pokémon Shiny Diamond and Shimmering Pearl feature an NPC from Pokémon Platinum