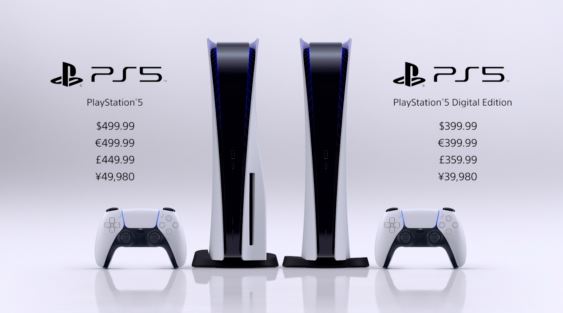 admin September 19, 2020 News Comments Off on Sony apologizes for problems with PS5 pre-orders and promises to provide retailers with more consoles

Sony apologizes for problems with PS5 pre-orders and promises to provide retailers with more consoles.

Let’s be honest, PS5 pre-orders could have [started] much better.
We sincerely apologize.

Over the next few days, we will release more ps5s for pre-order — retailers will let you know the details.And more ps5s will be available before the end of the year.

Pre-orders of the PlayStation 5 opened on Thursday, September 17 — and immediately caused a wave of indignation. Initially, Sony promised that fans will be warned about the start in advance, so do not rush. However, for some retailers, pre-orders opened suddenly almost immediately after the presentation of the price and release date of the console was completed. This led to confusion, Resellers began to resell pre-orders at an exorbitant price, and those who managed to arrange everything, sometimes received messages from retailers that the console might not come to them on the day of release. Among them, for example, was the producer of The Game Awards Geoff Keeley.

There are many people around the world who are facing issues in pre-orders. In Russia, with the start of PS5 pre-orders, too, not everything went smoothly. On September 18, some users reported that Ozon(one of the Russia’s famous retailers) canceled their orders — including paid ones. Representatives of the store explained that the fault was a technical problem, and the problem has already been fixed.

With the problems faced by the customers of other stores, for example, “Eldorado”. Some users said that their order for the Sony console was canceled, offering to return the funds with bonuses.

I was born to Play games. I related to Tokyo, Japan. Playing on Nintendo Switch is my hobby. Playing games is in my blood
Previous PS5 Disc Live Images From Different Angles – Along With The Console Components
Next 6 PS5 Aspects Sony Hasn’t Confirmed Yet