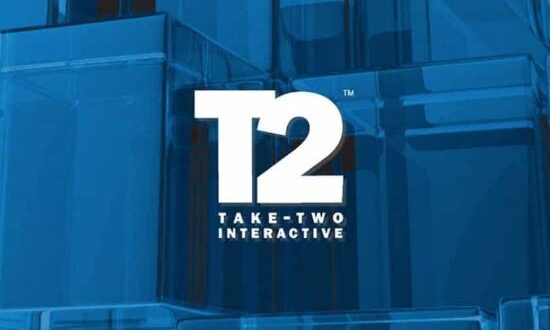 Strauss Zelnick has been the CEO of Take-Two Interactive since 2007. Since then, the company has significantly strengthened in the market — in 2020 alone, its shares have risen by 28 percent. This is slightly less than Activision Blizzard (33%) but significantly more than Electronic Arts (18%).

We chose the main thing from Strauss Zelnick’s interview with Protocol – the CEO told us what he thinks about changes in the gaming industry in recent years, and also expressed his opinion about the rise in the price of games and cloud gaming.

According to Zelnick, games and services have shown their effectiveness over the past seven years. Large companies have almost moved away from the model of producing single products-when a game was created, released, and then immediately started developing a new one.

Now it is much easier to maintain the product for many years, releasing updates based on the wishes of players — to keep them engaged longer. And this became especially relevant during the quarantine.

GTA IV only lasted for a couple of years, while GTA V – for seven years, and it is still doing well. In fact, this financial year for GTA Online will be a record. And this is not only the case in Take-Two, but also in the entire industry.

As Zelnick noted before the gaming industry was considered only an appendage to the entire entertainment industry — while now it has become an industry leader and “the most important business”.

The gaming industry is the largest and fastest growing. It has a very wide audience. Games have become a [typical] pastime not only for America, but for the whole world.

Nevertheless, Zelnick believes that the gaming industry is still only at the nascent stage. While the production of movies and TV series has long been formed according to more or less one standard-only the form of submission changes (the appearance of Netflix, Amazon)-games continue to experiment with formats and business models.

Cinema took shape only in the 1920s and 30s, and has not changed much since then. Technology and special effects have changed, but the movies themselves haven’t. The movie lasts from one and a half to two hours. By 1936, there was color, there was a soundtrack-people talk, special effects are used.

But since then, the last real innovation has been color. 3D isn’t that important. And I wouldn’t say that special effects are really an innovation. I’d say it’s more of a feature.

Television hasn’t changed much either. […] and even with the arrival of cable TV and [subscriptions], the form factor has remained the same. This is not a criticism. It just seems to me that this is all that a linear non-interactive medium can afford.

About skeptical attitude to cloud gaming

According to Zelnick, new ways to distribute a product are always good from a business point of view. However, the cost of cloud gaming is not yet justified. The CEO compared the technology to VR-there was a lot of noise, but there is no sense from it yet.

There was some incredible hype about switching to cloud distribution [of games]. Someone said that [ … ] there are billions of PCs, and if you can make console games available to everyone who has a PC, tablet, or phone, your market reach will automatically increase twenty-fold.

But of course it doesn’t make any sense. It is assumed that you are very interested in games, but you can’t buy a console. Yes, there are such people, too — but if you want to pay $ 60-70 for a flagship title, I find it hard to believe that you’re not willing to pay another $ 250 for a console.

Zelnick commented on the increase in prices simply — the production of games has become much more expensive in recent years, and this should be compensated.

Game prices haven’t increased in almost 15 years, while development costs have doubled or tripled. But since no one cares how much we spend on game production, it’s worth noting that customers themselves have begun to treat the products differently.

According to Zelnick, you can only achieve success in the gaming industry by investing in really high-quality and creative products. This applies to any branch of the entertainment industry — whether it’s movies or music.

I know this sounds far-fetched, but we are not looking to maximize revenue. Fortunately, we have them all right as it is. Our goal is to provide the best entertainment experience in the world.

When Zelnick worked in Hollywood, he had a hand in the production of”One house”. According to him, no one expected that the film would be so successful — however, it was well shot, and this is one of the reasons for the sudden popularity.

The same situation with the first part of Red Dead Redemption.

Before the release of the first Red Dead Redemption, it was considered that Western games were a failure. The only title in the genre that everyone has ever heard of was called Gun, and it failed.

Of course, everyone was worried. But Rockstar Games released Red Dead, and it was a hit. So if you set a baseline for quality and then let your creative teams follow their passion-for real, wherever they lead-that’s a good recipe for creating hits.

Opinion on the conflict between Apple and Epic

Speaking about the conflict between Apple and Epic, Strauss noted that Take-Two is “friends with everyone”, and therefore did not support either side.

I do not hide my opinion — distribution costs should be reduced. But I also believe that the distribution from the third party has a role to play. It is appropriate to charge a fee for it. But the question arises-what should this fee be?

I was born to Play games. I related to Tokyo, Japan. Playing on Nintendo Switch is my hobby. Playing games is in my blood
Previous Fall Guys has changed the anti-cheat system and added a giant hammer “Big Yeetus”
Next Nintendo Direct Mini: Partner Showcase planned for the day after the PS5 showcase