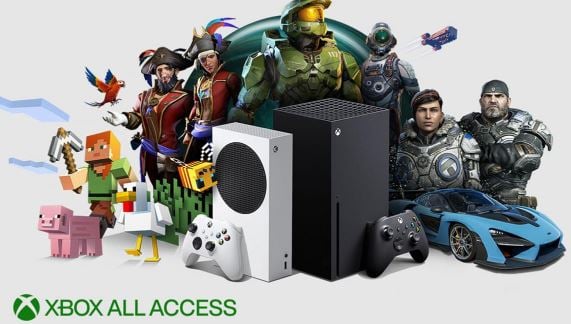 Microsoft reports its financial results for the first quarter of fiscal year 2021, and shows the growth of its video game division, Xbox, thanks in large part to Xbox Game Pass.

Microsoft has shared the financial results of the first quarter of fiscal year 2021 (period between July, August and September 2020). And the results are favourable, especially in the video games department, with Xbox.

Those in Redmond earned about 37.2 billion dollars, 12% more than the same period last year, something that is explained in part by the dependence on its computer and video game services during the Times of the pandemic.

In that sense, income from Xbox content and services has increased by 30%. Although Microsoft’s report is sparse on details regarding the Xbox division, they explain that revenue is mainly due to the sale of first party games, Xbox Game Pass subscriptions and third party games.

These figures represent record revenues for Microsoft’s video game division this quarter, and are on track to become Xbox’s best year ever.

Of course, Microsoft is about to launch its new consoles, Xbox Series X/S, which will reinforce its new strategy in the world of video games, which goes far beyond its Xbox consoles, as Phil Spencer explained yesterday. An Xbox ecosystem that revolves around Game Pass, which has become the most popular subscription service, with over 15 million users on both Xbox and PC, and now also on Android thanks to xCloud streaming.

The Game Pass is one of the pillars of Xbox’s renewed strategy, along with the reinforcement of its first party studies, as demonstrated by the acquisition of ZeniMax Media (Bethesda), which will become effective in 2021.

I was born to Play games. I related to Tokyo, Japan. Playing on Nintendo Switch is my hobby. Playing games is in my blood
Previous Promotional video for the PS5 release, voiced by Travis Scott
Next Problems are reported when trying to use the Control Cloud service on Nintendo Switch