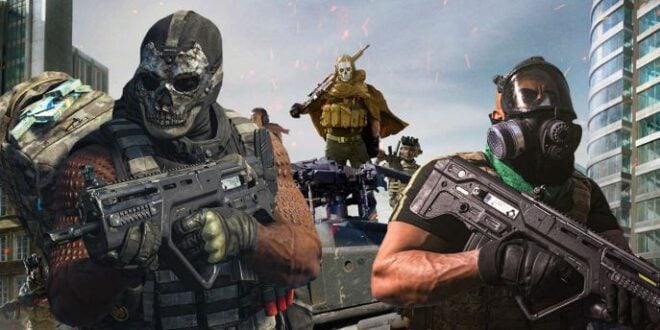 admin August 7, 2020 News Comments Off on “Doomed to repeat it”: possible teasers of the next Call of Duty have started appearing in Warzone

The captions began to appear on the evening of August 7 — they were noticed by several players in the shareware Call of Duty: Warzone. After opening the bunker on the map, some users saw the phrase “Know your history” on the screen, while others saw the inscription in Russian”Doomed to repeat it”.

Apparently, these are teasers of the next part of Call of Duty. Eurogamer sources previously reported that it will get the subtitle Black Ops Cold War, which was also confirmed by a leak of the game’s promo campaign in Doritos. The inscriptions that players saw in Warzone correspond to this name and, apparently, refer to the Cold war between the United States and the USSR.

Activision has not yet officially announced the next Call of Duty, but hinted that the game will be shown on August 10 — until this date, the publisher asked its partners not to disclose the boxes that the company sent them.

In Call of Duty: Warzone, as in modern Warfare multiplayer, the fifth season started in early August. By this time, the number of users in the shareware shooter exceeded 75 million.

I was born to Play games. I related to Tokyo, Japan. Playing on Nintendo Switch is my hobby. Playing games is in my blood
Previous The jump from PS4 to PS5 won’t be as dramatic as the one from PS2 to PS3, says Cory Barlog
Next Atlus is negotiating to expand its titles to more platforms following the success of Persona 4 Golden on PC