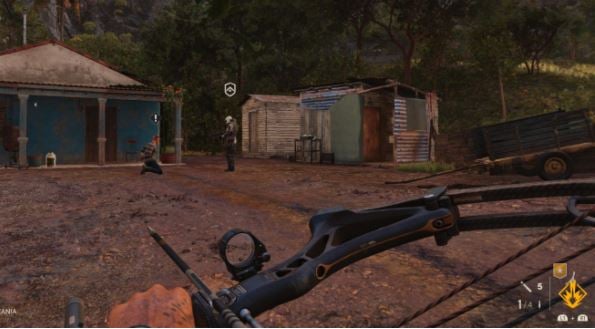 As soon as you unlock the first real encampment in Far Cry 6, you will also have access to new features. As soon as you have the Monteiro family camp, you will be able to improve your facilities but also unlock a kind of mini-game, called Los Bandidos. These are missions to be done where you have to make several decisions. But how to do them well? How to unlock all the bosses? Nintendosmash tells you everything in this guide.

Tips and things to know

Before we explain how to get leaders and recruits, here are some tips and things to know if you’ve never done a Los Bandidos op before:

Note that the operations do not really bring lore or interesting history. Unless you like little anecdotes, don’t waste your time reading everything, the situations are often (always) not very interesting.

How to get more Bandidos recruits?

Before we talk about the bosses, let’s quickly talk about the recruits. Indeed, to go into operation, you need a leader but also Bandidos. There are several ways to recruit them. One can in particular have it during the operations itself. But we do not recommend it, the gains in recruits are seldom interesting and are often compensated by the loss of other recruits.

However, the majority of actions in Yara allow you to have Bandidos recruits:

You have understood it, you will naturally have it in your progress.

How to unlock all Bandidos leaders?

The Bandidos missions in the base camps of Madrugada, Valle de Oro, and El Este are very lucrative and provide you with a lot of resources, especially at the beginning, to build more camp facilities or upgrade weapons more quickly. For this reason, you want to unlock more leaders quickly, because every mission needs a comandante to start, no matter how many recruits you already have.

Each leader has two unique skills that, depending on the requirements, increase the chances of success in the missions. So the more leaders you have, the more appropriately you can distribute them to the missions. The missions run in real-time in the background while you do other activities. You then have to go back to the bulletin board for the missions upon completion and select various multiple-choice actions that determine the loot and success.

You will automatically receive the first comandante when the Los Bandidos missions are activated, but you have to find the remaining seven yourself. You will all receive them as final rewards for certain main and side missions. Among other things, you have to successfully complete 5 Bandidos missions in order to unlock one of the trophies and achievements of Far Cry 6 with “Guerrilla Boss”. None of the commanders can be missed.

Benito automatically unlocks at the start of the adventure. You will have it directly when you have access to the operations table. It increases the chances of construction and requires less metal.

To get Freddy Jr., you must complete the Yaran story in Baseball Justice. This one launches in the Valley of Oro, and it is about a side quest.

Unlocked by completing the Make Your Prayers quest, which is a side quest in the Valle de Oro (in Noventarmas). It is given by Isabela herself and will ask you to save Marisol.

Marisol is a chef who will automatically unlock at the same time as Isabelle.

Big Papi is a chef who unlocks as a reward for the Big-up quest for Big Papi , a side quest given by Juan Cortez. You have to find it, protect it and that’s about it.

You must complete the give-and-take side quest, given by Gilberto Rosario in Conuco, in the El Este region. This will ask you to go to Fernando Station, vandalize signs, defend a location, and complete the quest.

Zenia is the last boss to obtain and can be unlocked as a reward for the Quest A Trip to Town. This mission can be obtained in Esperanza, in the district of West Lado. It is Zenia who gives this quest. You must have completed a series of missions to get this one.

Far Cry 6: The Easter egg that you will only discover if you know Morse code 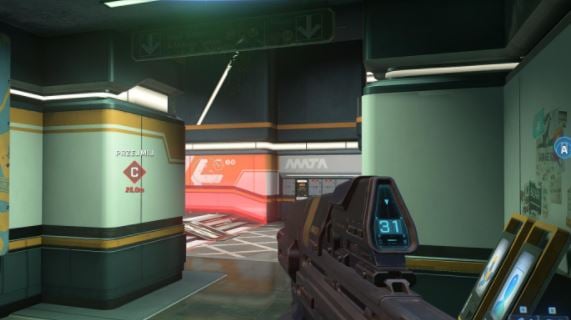 As previously announced, Halo Infinite has a season pass, which is intended to encourage everyday gameplay in online modes. The first season started exactly on November 15, and you can win the next prizes until May 2, 2022. After this time, more games will start, resetting the progress of the previous ones.

Speaking of the former, you will get them for completing challenges/tasks during online games. As shown in the picture above, each tier of the Season Pass offers different cosmetic accessories or skins (note that they do not affect the gameplay!). Those with the signature “casual” are for the free season pass, and the rest of the items you will only get after purchasing the premium pass for real money.

In the case of challenges, i.e. the tasks mentioned above, you can view them by clicking on the tile on the right (after going to the pass management screen). The screen will show you weekly quests (updated every 7 days) and a daily challenge that updates daily. For completing them, you receive the indicated amount of experience points, which are then transferred to the pass level, and for each level, you receive some items.

It is worth mentioning that if you have purchased a premium pass for real money, you can additionally perform one more weekly activity. If you manage to complete four of these activities in one week (not counting the ones updated daily), you will receive the final challenge, which is rewarded for completion with the item shown on the right.

It is worth mentioning that clicking the R key will take you to future activities. You can preview them, but doing them in advance is not an option. 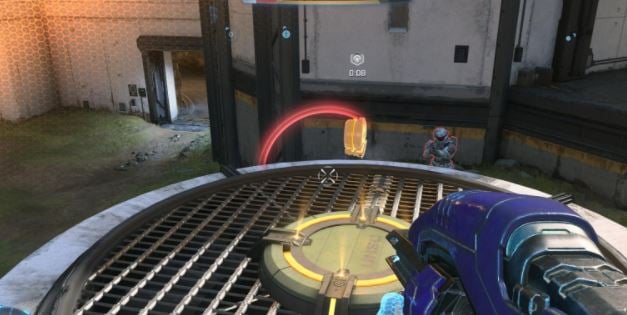 When playing Halo Infinite, you will surely come across points with weapons and gadgets. Some of them are highlighted in yellow, which means that you are dealing with a legendary item here. Its spawn is marked, and its appearance on the map is also signaled by a message from our AI.

When the place where the legendary item appears on the map, you will have to wait a few seconds. The mark (like in the picture above) is visible to all players on the server, which means there is a high probability that everyone will rush to that spot at one point in time to get the item in question.

So it’s worth lurking somewhere and only after the time limit has passed, approach the weapon/gadget and collect it. Remember, however, that you only need to be at the spawn for the item to fall into your hands – you don’t need to click anything, so keep in mind the fact that someone may take it in the blink of an eye and run away from your position, becoming a dangerous target at the same time.

You have placed a stable in Farming Simulator 22, but the northern orientation now makes for bad Feng Shui? Don’t worry: in this short guide, we will explain to you how you can easily rotate, place or even tear down buildings.

In order to place a building in the world of the farming simulator, you first have to call up the construction mode. This opens her with the key combination Shift + P . Here you can switch between the tabs “Buildings”, “Production”, “Animals” and “Decoration” and choose an object.

If you have enough money, you can buy the building and then simply place it with the left mouse button. Are you still missing the necessary money? Our guide will explain to you how you can make money like hay.

There is good news for Schönbauer among you: The buildings in Farming Simulator 22 can be rotated without any problems! To do this, open build mode and select an object.

Before you place it, hold down the right mouse button and turn it in any direction. The structures can be rotated freely and you don’t have to follow a grid when building.

We recommend that you plan your building projects well in advance. Because once a building stands, it can no longer be moved or edited. If you want to get rid of this, you have to sell it.

To do this, go back to construction mode and select the building. Now press the red tab » Tear off« (on the far right in the construction menu) to get rid of the object.

Attention: You only get a fraction of the purchase price back for demolishing buildings. So think carefully about where you want to place a building.

In the case of olive trees, grapevines, fences, and hedges, the trigger for removal is very small and the optical highlighting for deletion is very difficult to see.

If you want to tear off grapevines, for example, zoom in on the vines, click on the “Tear off” button and click on the vine. Often you have to click several times to find the right point.

You have placed your cowshed and now the ramp is just floating in the air? To correct this blemish, you can simply prepare the terrain before placing the building. Unevenness can be leveled out using the landscape tool, for example.

To do this, open the construction mode again and select the »Landscaping« tab. Here you can now raise, lower, or smooth the landscape. It is much easier to build on smooth surfaces.

You can no longer remember what you built Silo 1, Silo 2, Silo 3, and Silo 500 for, and want to bring a little more overview to your yard? Renaming buildings can help.

To do this, go back to construction mode and select your building. Stables, workshops, and silos (with the exception of driving silos) can be given their own name.