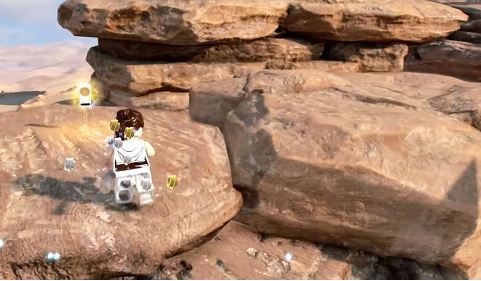 In LEGO Star Wars: The Skywalker Saga you’ll get studs on every corner and by breaking any architecture you get studs. Studs are an in-game currency for Skywalker Saga. You use studs to buy the characters that you unlocked by playing through the story of the episodes. Studs will also be used to upgrade the classes of characters. So, the studs are really important for improving your gameplay. You get studs very easily but there is a way to get x2 studs that will increase the number of studs you collect or get. It will basically double the numbers of studs you get so it is a very useful unlockable and you can see this unlockable in the Extras menu. In this guide, we tell you how to unlock this studs x2 upgrade.

When you open the Extras menu, you’ll see Stud upgrades there which are 5 in total. We have to unlock the first one which is studs x2. To get this upgrade you need to have the following items.

Datacard is a collectible item and it can be found in different episodes of Star Wars. The first Datacard that you can get is in Episode 4: A New Hope. You can get the Datacard at an early level when you are on planet Tatooine go to Judland Wastes and there’ll be a wall behind the Ben Kenobi’s house that you can interact with. Go near the wall and interact with it, you have to use the sword to go up on the big rocks.

Once you have gone up the big rocks, there’ll be a cave in front of you and just to the left side of the cave, you’ll see a path of rocks. Go there and you’ll see a handlebar that can be mounted on the rock wall and you can use it to jump on the other side. When you reach the other side just follow the rocky path and you’ll see the Datacard on the path.

Collect the Datacard and you’ll get the first Datacard out of 19 Datacards in total. The other requirement is simple you just need to have 1 million studs in total in order to get the Studs x 2 upgrades. You can get 1 million studs easily by playing the challenge levels of different Episodes.

Once you have both the requirements, open the Extras menu and buy the Studs x2.