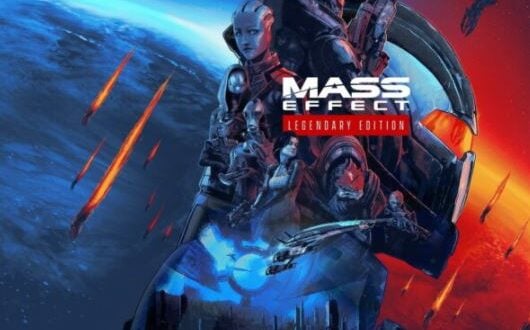 Mass Effect: Legendary Edition will be released in the spring of 2021-a remaster of the trilogy with all DLC

admin November 7, 2020 News Comments Off on Mass Effect: Legendary Edition will be released in the spring of 2021-a remaster of the trilogy with all DLC

The announcement of the remaster took place on the official BioWare blog.

For many months now, the BioWare team has been working to update the textures, shaders, models, effects, and technical features of these three giant games.

We didn’t try to make a remake or reinterpret the original games, we wanted to modernize the experience of their passage for fans and newcomers — so that they could see the trilogy in the best possible form.

A new part of Mass Effect is also in the works, which is being handled by the “team of veterans”. There is almost no information about it — only art.

Rumors about an update to the Mass Effect trilogy have been circulating for several years. They appeared in part because EA did not allow Microsoft to increase the resolution in the original games using the Xbox One x emulator — they are still only available in the Xbox 360 level resolution.

In 2020, this information was confirmed by journalist Jeff Grubb — according to him, the remaster was supposed to be released in the fall, but the Studio decided to postpone the release to 2021 to improve the first part: it is very outdated and may scare off new players, so it needs more improvements.

For the N7 day (November 7), a significant event for fans of the series, DTF also released material about the career of Casey Hudson, who invented this franchise.

I was born to Play games. I related to Tokyo, Japan. Playing on Nintendo Switch is my hobby. Playing games is in my blood
Previous Watch Dogs: Legion will replace podcasts voiced by journalist Helen Lewis-for her past transphobic statements
Next You should Visit Joe Biden’s Island on Animal Crossing: New Horizons