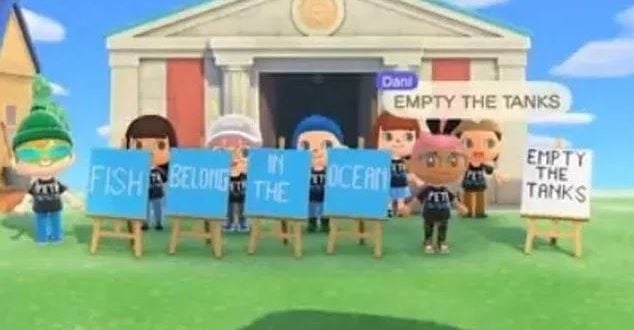 admin 4 days ago AnimalCrossing, News Comments Off on PETA organizes a protest against the fake fish museum in Animal Crossing: New Horizons

Thus, they published a short video on Tik Tok in which several virtual “protesters” are seen holding posters in hands in front of the game museum, which says “Empty the tanks” and “The fish belong to the ocean. ” And one of the main activities of this life simulator is to catch fish and other sea creatures in rivers and in the sea, which you can sell to get money or donate to the museum, where they are exhibited in tanks like in an aquarium (alive, of course).

However, it seems that PETA is not satisfied with the treatment of the fish, and in the video you can see how the protesters run through the museum hall screaming to release them, before poor Socrates, the owl who owns the museum, which can do nothing.

Curiously, the bugs that are locked in the next room do not seem to remember,

PETA often targets video games that include violence against animals, although most of the time it just turns into free advertising and there’s no sign that any publishers have ever changed anything because of them. They’ve already posted a vegan’s guide to Animal Crossing: New Horizons, which also suggested players shouldn’t help stock the museum with animals or dig up clams. Although that does ignore the fact that if people are fishing or hunting in a game they’re not doing it in real life, which would seem to be a good thing.

I was born to Play games. I related to Tokyo, Japan. Playing on Nintendo Switch is my hobby. Playing games is in my blood
Previous Shad Gaspard who did the motion capture for Kratos has been found dead
Next Top 11 Kirby customs design codes in Animal Crossing: New Horizons 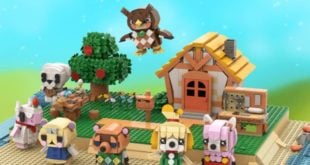 With some villagers becoming more popular than others in Animal Crossing New Horizons, one of …