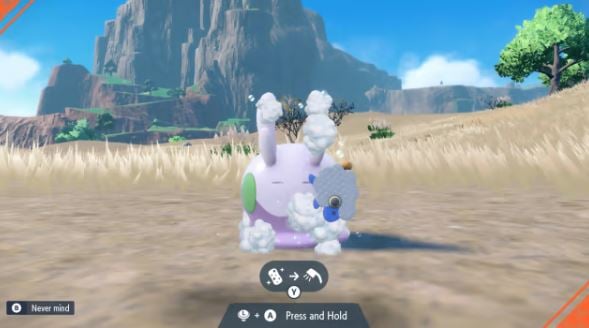 Pokemon Scarlet and Violet have a leveling system in the game for Pokemon which basically indicates the level of each Pokemon so players get the idea of how strong is the Pokemon. Players start from the level 5 Pokemon at the start of the game and then as they progress through the game, they will catch high-level Pokemon. At the end of the game, the maximum level required for beating the game is 61+ but is there a way to level up your top Pokemon to level 100 then the answer is yes and it’ll only take a grinding of a couple of hours.

In this guide, we’ll tell you how to get your Pokemon to level 100 in Pokemon Scarlet and Violet.

Getting to a higher level will require players to engage in battle and other activities very often to get EXP and once they have defeated the main story of the game, they should have more than 61 levels. Maybe around 63 or 64. Completing the Story requires players to get all 8 badges and defeat all of the Titans to get the Champion Badge and then the credit will roll and the game will end. The players can still explore and grind in the game even after ending the game because there are also end-game materials and items that players can get after ending the game.

To grind your Pokemon to Level 100, there are a couple of methods that you can do. One of the methods that you can do is to defeat the Chansey in the North Province (Area Three). The other method is to raid in 5-Star Tera Raid Battles. Both of these methods will give you an insane amount of experience points that will increase your level up to 100.

Once you have the ingredients, open the map and fly to the North Province (Area Three). Go ahead to the flat surface and open the menu by pressing the X button and selecting the option Picnic. Now, you need to select the number 80 sandwich in your recipe mode which will be the Ham Sandwich. Now, place the ham on the bread then the Pickles, and in the end, place the top bread on them to make the Ham Sandwich.

Eating the sandwich will give you the Normal Encounter power which will spawn more Chansey in the area. The Effect will stay for 30 minutes and before you go and fight the Chansey, the last thing that you need to do is hold the Lucky Egg on your Pokemon. After that, you just need to get close to Chansey and do the manual battle which can be done by pressing the ZL button to aim and then pressing the ZR button to throw the Pokemon at Chansey to engage him.

Now, you just need to defeat every Chansey you see, and defeating every Chansey will give you around 9,000 Exp to 11,000 Exp. You need to farm them until your 30 minutes of the Sandwich effect is over and then make another sandwich and repeat the whole process to level up your Pokemon to level 100. It’ll take you about 2 to 3 hours to reach level 100 from the 60 levels.

Since the 5-Star Tera Battles are harder than the low-level Tera Battles, you need to party up with a group who knows what they are doing because you don’t want to lose in the battle and waste your time. If you have friends playing then squad up with your friends and then take part in the Battle. Defeat the Mysterious Pokemon in the battle and then you’ll get Exp Candies as the reward.

You need to take part in several 5-Star Tera Battles and once you’ve got around 30 Exp Candies in your inventory. Go into the menu and open the bag and go to the Other Items tab to see all the Exp Candies in your inventory. The Exp Candy L will give you 10,000 Exp each so if you have 30x Exp Candy then you’ll get 300,000 Exp in one time when you use all of them. You can hold the Lucky Egg in the hand of the Pokemon before you use the Exp Candies on that pokemon to get a bonus experience bonus as well.

Every Exp Candy will give you a different amount of Exp so use all of them after you’ve completed your run on the 5-Star Tera Battles. It’ll take you some time to get to level 100 but you’ll be getting hundreds of thousands of experience points at once by going through this method.

Pokemon Scarlet and Violet: What is Hyper Training and How to Use it