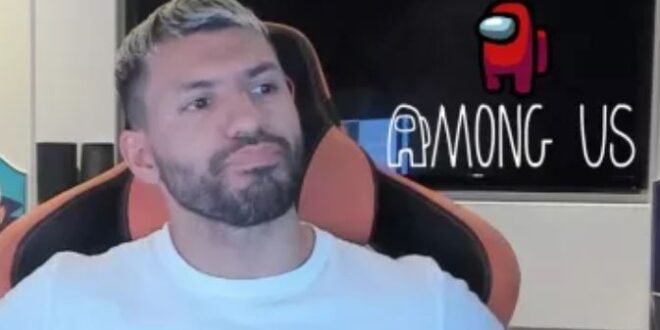 admin September 8, 2020 News Comments Off on Sergio “Kun” Agüero is upset at Among Us and stars in a viral moment

Man City striker Sergio Aguero might be one of the best footballers in the Premier League, but it’s clear from a recent round of ‘Among Us’ that his video game skills still need some work.

Aguero is definitely one of Manchester City’s star players, and like more and more sports icons these days, he’ll hop on to Twitch from time to time to stream for his fans.

What happens is that Ibai, content creator and Spanish esports broadcaster, decided to play Among Us with Agüero. The video game expert had to be the impostor and his performance was so good that he ended up putting together a moment that sums up what Among Us is in a couple of minutes.

In a clip that Ibai shared on Twitter we can see that in his departure he eliminated an opponent right in front of Agüero and immediately reported the body. As a good impostor, he decided to blame the Argentine striker for this misdeed. Unfortunately, the footballer was unable to fight Ibai’s charisma and convincing power and was expelled.

It is a moment that has given a lot to talk about on social networks and the striker is clearly annoyed, which makes it fun. Thanks to this, the original video adds millions of reproductions in less than 12 hours. In addition, it has been shared thousands of times.

I feel very bad for what I did last night. This game is going to screw up everything I have. Sorry @aguerosergiokun

It is worth mentioning that Kun Agüero does not intend to remain with his arms crossed. We say it since it ensures that sooner or later he will have his revenge. We will have to be aware of their transmissions to see what happens.

I was born to Play games. I related to Tokyo, Japan. Playing on Nintendo Switch is my hobby. Playing games is in my blood
Previous 24K gold PS5 preorder starts Thursday at £8099, £7999 for discless
Next Apple sues Epic Games to pay damages for violation of App Store rules