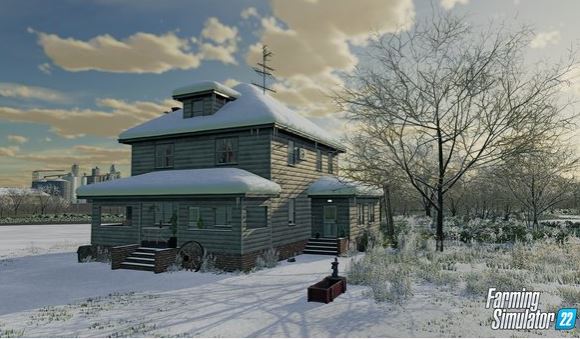 Farming Simulator 22 has some new features ready for you. The dynamic change of the seasons is particularly noticeable. Spring, summer, autumn, and winter not only play an optical role here but also put your skills as a professional farmer to the test. In this guide, we give you tips about the seasons and tell you why it pays to make a few settings.

How do seasons work?

Due to the season cycle, you will encounter completely new challenges in FS 22. Spring, summer, autumn, and winter not only offer visual variety. Instead, you have to keep the right time for sowing and harvesting crops. Different seeds should only be grown or harvested at certain times of the year. Otherwise, there will be a bad harvest, which farmers feared. In other words, everything you’ve grown is for the bin.

Corn, sunflowers or soybeans, for example, should be sown in spring (March, April or May) and harvested in late autumn (October, November). Grains such as wheat or barley, on the other hand, have to be grown in early autumn, with the harvest time falling in the summer of next year. You can of course also see all of this in the menu of the growth calendar (the symbol shows the number 15) .

In December and January you can take a break from harvesting, but that doesn’t mean that you should spend the in-game days lazing around. Hard work is the key to success in Farming Simulator 22! During these two months, for example, you can breed animals or you can cut a few trees to go about making furniture.

How can you set the seasons?

If you want to release yourself from the time pressure or generally switch off the seasons in Farming Simulator 22, you can do this in the settings. Open the menu, go to the game settings (the symbol is a tractor with a gear), and scroll to the heading Seasons

Why you should make adjustments to the seasons

In the standard settings, the seasons fly by a month only lasts one in-game day (30 minutes), which means that after 90 minutes of playing time, one season passes into the next. So you only have a limited amount of time to grow the seeds of your choice or to harvest the harvest, which leads to nothing but stress, especially for newcomers to virtual agriculture.

It is therefore advisable to adjust the period of the seasons accordingly and not to grow a large variety of fruits or grains at the beginning. In this way you avoid constantly having to take a look at the very important growth calendar and search the fields for the right harvest for the season.