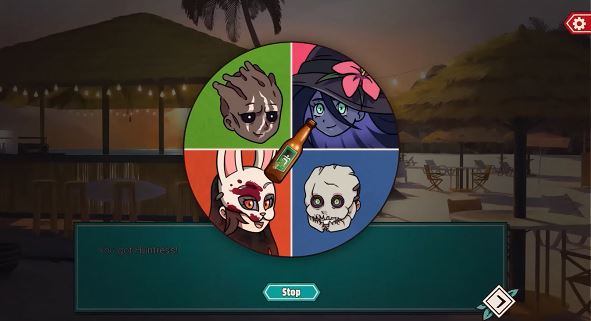 In this guide, we’ll tell you the minigames that you can play in Hooked On You.

Minigames in Hooked On You

All of the minigames are looking quite simple. You just have to click on a specific time to stop the bottle or chop the Gyro meat with the Machete. You’d be able to know and get closer to all of the four killer characters of Dead by Daylight in Hooked on You. Each minigame will help you get closer to one of the characters and then you can talk to them in private and proceed to the Romance phase.

Related Topics:Hooked On You
Up Next

Hooked On You: A Dead by Daylight Dating Sim: How to Romance with Huntress