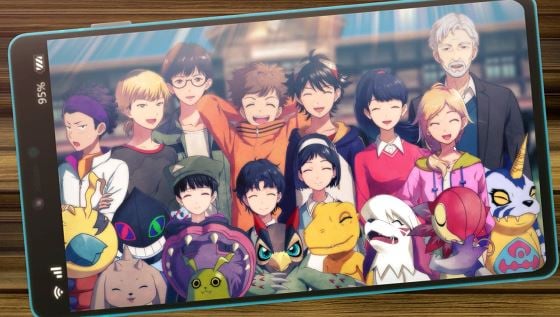 Digimon survive is a virtual novel game in which the choices of the main character will impact the storyline. The karma system of the game will decide the ending of the game so, whatever karma-type points you have the most, you’ll get that ending. Although, at the end of the game, you can also get a bad ending or a true ending if you make some specific choices.

In this guide, we’ll tell you how to get the true ending in Digimon Survive.

How to get True Ending

The true ending of Digimon Survive can only be gotten on New Game+ save the file. You’ll have to start a New Game+ after finishing the game with any ending. In the new game+, you need to make sure that all of the characters stay alive. You cannot let Ryo or Shuuji die in the playthrough of the new game+ because it is necessary for the true ending to everyone be alive at the end of the game.

After you’ve fulfilled both of these requirements, you’ll be able to get the true ending. In Part 8 of the game, you’ll meet Zhuqiaomon who has possessed all of the Digimon and they are turned against the humans. Everyone will be shocked to see all of their partners against them. Takuma will get three options while talking to Agumon.

Select the “Embrace Agumon” choice and Agumon will hit Takuma but Takuma will hold Agumon’s hand. Agumon will turn back to normal and then everyone will start to embrace their partner and all Digimon will turn back to normal. After that, Miyuki will get possessed by Yukiha, who is Haruchika’s sister. Miyuki will come back to everyone and meet her brother Haru who has grown up and become the professor. After that, the Master will call everyone and Miyuki would be able to help Haruchika get separated from the Master but the other half of Haruchika will be bound to Fanglongmon Ruin mode.

In the end scene of this ending, three kids will be at the shrine to look for the monster and they all will find DemiVeemon. This will shock them because all of the rumors that they heard are real.

Hooked On You: All Minigames