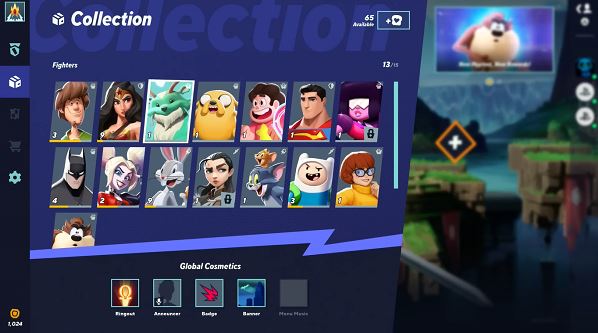 MultiVersus is a Platform Fighting game in which you’ll play with different popular characters. You’ll be matched against the other real players or you can also match with the Ais to practice the combos and perks. You can get new perks for each character along with other rewards as you level up the character.

In this guide, we’ll tell you how you can easily level up the characters.

How to Level Up Characters

To level up all the characters, you’ll have to play with those characters as well to increase their level. As you level up, you’ll gain Gold, New Perks, cosmetics, Toasts, etc. So, it is very rewarding for all the players to level up the characters.

But you’ll have to gain more XP to quickly level up the characters. There are multiple ways from which you can get more XP.

How to Gain More XP

To get more XP, the first thing you need to do is get in a lobby with your friend. Because playing with friends gives an XP boost and you’ll get more XP after the match. Winning matches will get you more XP but if you lose, you’d still get some XP. The other thing that you need to focus on besides winning is completing all the daily missions and Seasonal Milestones. Completing these missions will get you more XP and completing the Seasonal Milestones will increase the Battle Pass tiers and you’ll get XP Boost that’ll boost the XP you get from the matches and you can level up characters more quickly.

In MultiVersus, you can also get all the benefits while playing with Ais. So, you can get in a party with your friend and queue up in a CO-OP with Ais mode and complete all the missions together and you’ll get a lot of XP that will level up your character more quickly.