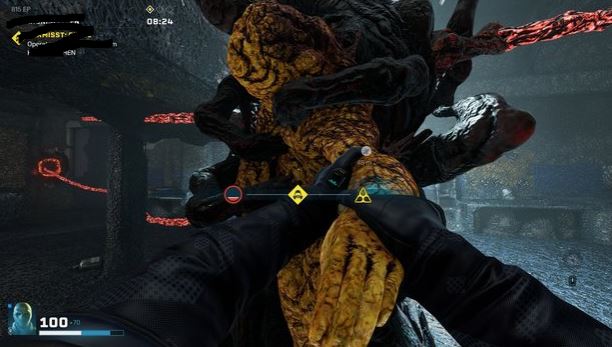 If you die during a mission or leave a teammate in a zone, an operator is considered missing. In a rescue mission, you then have to free it from the clutches of the archaea so that it is ready for use again. You can save any operator that easily.

When is an operator considered missing?

There are two circumstances in which an operator can go missing: either you die on a mission, or your team continues to a new zone and you don’t make it to the secured area in time. As a solo player, if your health drops to zero, you’ll die almost instantly. If you play in a team, you can be revived on the ground.

A little tip: As a solo player, the revival kit is a REACT gadget, which prevents death once in each round. If an operator is considered missing, you cannot send him on a new mission. So you want to save him as soon as possible.

Rescuing an operator – it’s guaranteed to work that way

On which map an operator was reported missing, you will be marked with a conspicuous red symbol (head with filter mask). However, you also have the option of rescuing an operator via a quick game. At the start of the mission, you can see in which of the three zones your task is to free the missing operator from the clutches of the archaea.

Here’s an important tip in advance: always start the missing person missions on the lowest level of difficulty and evacuate as quickly as possible. Although you will receive little XP later in the game, you are only taking a small risk. What you absolutely want to prevent is that a rescue attempt fails – more on that later.

The best way to locate the missing operator is with the recon drone or other reconnaissance device. A beep will direct you to the Archaea tree that is attempting to absorb the operator.

Before you can save the operator, you should eliminate all nests and dangers in the area. It’s best to close all doors and strengthen as many walls as possible. During the rescue attempt, no infected people must disturb you, otherwise, the mission will go wrong very quickly. Then stand in front of the archaea tree and look where the three so-called anchor points are. You have to shoot them repeatedly so that the tree loses its power and you can save the operator.

If the anchor points and the roots glow red, you should shoot directly at the core and destroy it if possible. Otherwise, aim for the red bubble that slowly runs from the core to the tree. Once you’ve done that, stand back in front of the operator and pull him out. You may well have to repeat the process a few times, but once all anchor points are destroyed, the operator is pretty much saved.

Important: The anchor points are only vulnerable when they glow red. If they don’t, you shouldn’t waste any time and pull the operator out of the clutches of the tree.

In the middle of the screen, a graph shows you how far the progress is. If the red circle on the left empties, the tree loses power and it’s easy for you to save the operator.

Once you have freed the operator, all you have to do now is bring him to the evacuation zone and place him in the container placed there. You only have access to your secondary weapon during this time, so you should either have eliminated some dangers in the area beforehand or moved around quietly and unobtrusively.

The path to the evacuation zone is indicated by the helicopter icon, so you shouldn’t have any trouble getting there.

When a rescue mission fails…

As we already told you in our tips, a failed Missing Mission really hurts. Here’s why:

As you can see, you really want to avoid that. So play it safe and set the lowest danger level. You should also evacuate immediately after the rescue so that another operator is not lost.

Nobody Saves the World guide: how to get out of the dungeon by unlocking the Rat, the Guard, and the Scout