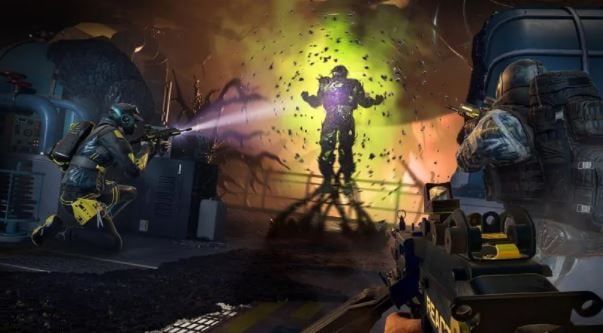 Here are the best tips and tricks for defeating Protean Agents, emulating the skills of your operators in Rainbow Six Extraction. Make them mush.

Rainbow Six Extraction is here, and that just means you’ll have to contain the alien infection to the bitter end. What is clear is that this shooter is quite a vice.

Surely you are giving the new Ubisoft title, available on PlayStation, Xbox, PC, and Stadia. Plus, Xbox Game Pass subscribers can enjoy it at no additional cost right now.

In Rainbow Six Extraction you will have to team up to stop the alien invasion, and only by cooperating will you be able to achieve it. Mind you, prepare for the worst when facing a Protean …

If you’re playing Ubisoft’s co-op shooter and want to know how to beat them, here’s How to Kill Protean Agents: Best Tips, Operators, Cheats, and more details to defeat them.

How to kill protean agents

Protean Agents are the most powerful and menacing enemies in all of Rainbow Six Extraction. In essence, they are creatures that emulate the game’s operators, copying their abilities.

Arguably the Proteans are clones of our agents. For example, the Smoke Protean drops poison gas bombs, but there are other types that have the same abilities as our heroes.

It must be said that the battles against the Protean are very, very difficult. These are located in exclusive alien zones, which you can only access through portals.

How to find the portal to these areas? Well, for this you have to reach the third and last area of ​​a stage . If you manage to defeat him you will get juicy rewards and a lot of XP, but be careful because it is a great risk.

That is, it is not mandatory to access the Protean area to complete a mission. Of course, if you do not fight him, you will not be able to get the rewards and equipment per objective.

Are you brave enough? Then go to the portal of the level you are in, and you will be teleported to an alien zone. Prepare for the fight.

The battle against Agent Protean has two phases, which are interspersed. First, you will have to clear the stage of enemies, and then attack the Protean, which will protect itself with its minions.

With this in mind, you should know that attacking the Protean is just as important as blocking it . These are the best tips for the battle, so pay close attention.

Basically, to fight the Protean agent it is important that you have attack and block operators. Detection and scanning agents are useless.

It is also recommended that you take Doc, Finka or Rook in your party (one of them), as they will give you support for the battle and healing. If you follow our advice, the battle against the Protean is a piece of cake.

Rainbow Six Extraction has been available since last Thursday, January 20 on PS5, PS4, Xbox Series X | S, Xbox One, PC, and Stadia. You can also play it on services like Xbox Game Pass.