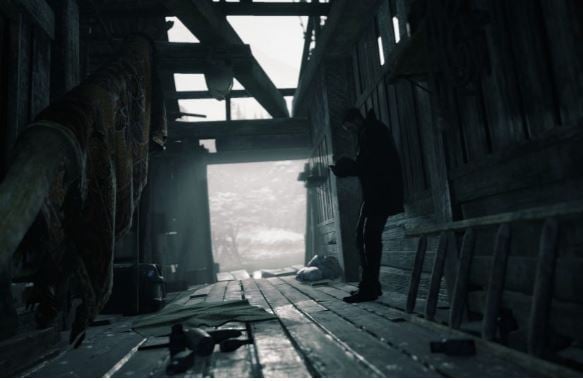 There is still time for references, even in a game as terrifying as Resident Evil Village. In the first hours of Village, we have more references to past games than we expected, and we are talking about the classic entries of the series. There are tiny, easy-to-lose Easter eggs at Ethan’s house in the prologue, and the references continue from there. We will do our best to list them all, so keep an eye out for this space. We will add anything else that belongs to the category of Easter eggs.

Resident Evil Village It may not look like it, but this is a direct sequel to Resident Evil 7: Biohazard. After moving his family to Europe, Ethan’s life is once again interrupted by Chris Redfield: his wife is killed and their son kidnapped. Armed with nothing but your wits, you will have to survive a new nightmare reality in a secluded village guarded by four mad lords. To save his family, he will have to kill them all. This is a very different Resident Evil, sharing a surprising amount of similarities to RE4, the highest-rated game in the series’ history. And yes, there is an Easter egg related to travel. RE4 trader.

Right at the beginning of the game, you are in Ethan’s new house with his wife and son. The house is pretty free of references – you won’t see any images of Barry (or a Tyrant) on the walls, but there are only two main references Resident Evil fans will notice. Upstairs, there are two optional rooms that you can explore – one is the storage room, the other is the office, both have bookshelves that you can browse.

The storage room has a shelf with this description; “A Historical Look at the Architecture of Eastern European Castles and Fortresses by George Trevor,” which is a name fan will recognize. George Trevor is the same George Trevor who built and designed the Spencer Mansion from Resident Evil 1. In the later released remake, George Trevor’s descendant Lisa Trevor was featured as an unstoppable monster chasing you down the hallways. Trevor isn’t the only famous character referenced in the house!

Go to the office behind the bedroom and examine the bookshelf there. You will find this description; “Gun Survivalist: A Handbook of Heavy Firearms for Field Combat Situations by Joseph Kendo”, and we should all remember it. Robert Kendo is the owner of the Kendo Gun Shop, one of the first places you visit in the original. Resident Evil 2 . In Resident Evil 2 Remake, we have a little scene with Kendo and his daughter. Joseph Kendo is Robert Kendo’s brother and they are both in the gun business. They are the ones who developed the exclusive Samurai Edge pistols!

Joe Kendo never appears in any game, so how do we know he exists? Well, he’s the creator of Leon’s gun in RE4 – where he has his own gun store in San Francisco. It seems that Joe Kendo is still strong in Counter.

What are you buying?

There is a mysterious new merchant on the block. When Ethan Winters arrives at Dimitrescu Castle, the Merchant is the only friendly face you’ll meet for a long time. This extremely large man fills all the spaces he finds himself in and has a few things to say. Sell ​​weapon upgrades, healing items, ammo, parts, and more. It’s basically like the RE4 trader!

And that is confirmed with a small Easter egg. After a few visits, the merchant will yell “What are you buying?” – a known line of the merchant in RE4. The RE8 Merchant says it’s something an old friend of his used to say. It’s a cute little reference to a fan-favorite character from the best game in the series. Now I really want RE4 Merchant to return. Maybe he can be your friendly provider in a DLC episode? Come on Capcom!

Work in progress(Bookmark this page): Check back soon for more Easter eggs and references!

Related Topics:Resident Evil Village
Up Next