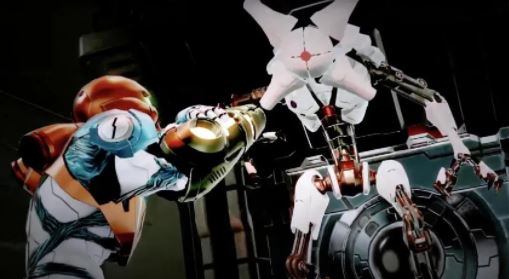 We tell you exactly what you must do to escape the clutches of the EMMI chasing robot that bothers us so much in the games.

One of the mechanics that you are going to love in Metroid Dread is the moment when the robotic creature EMMI appears chasing you around the stage, adding that characteristic stress of the game and that ends when you are finally reached.

But being hit by an EMMI does not mean the end of the game, because if you did not know if it is possible to perform a counterattack, a way to block the attack or stun the enemy so that you have time to escape and keep running.

So we are going to tell you how to make a counterattack to an EMMI in Metroid Dread, the way you are going to have a second chance if this fearsome robot hits you.

How to counter an EMMI in Metroid Dread

EMMIs are robotic creatures with an acronym that stands for “interplanetary multiform mobile explorers” and a few will follow you throughout your games, so you can escape their attacks.

It is not something that will surely come out the first time because you need practice, but basically, when an EMMI hits you you must press the X button at the exact moment of the flash that corresponds specifically to the enemy’s attack on you.

The timing of the attack and the block varies with each of the encounters so it can be difficult to get used to it at first.

Far Cry 6: How to get the wingsuit to fly through the skies

Metroid Dread: how to defeat Drogyga