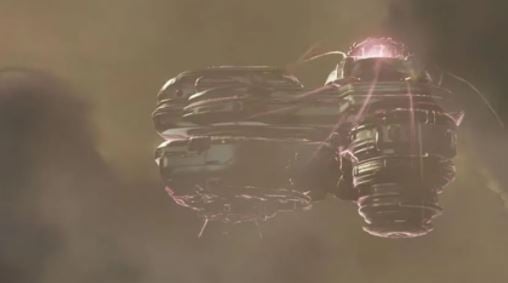 We help you defeat the final boss of Metroid Dread by going through each of the phases so that you are not eliminated in any of them.

Although throughout our adventure to Metroid Dread we have encountered a series of recurring enemies that have made it really difficult for us and also the relevant bosses, the real challenge will come with the confrontation against Raven Beak, the final boss of the game and which is made up of exactly four phases and a final surprise.

It should be said that it is, as expected, the most complete and most difficult boss of the entire adventure, and it is likely that you will need several attempts to finally defeat it, especially due to the enormous number of attacks it has and the phases that it takes. happen.

In any case, we help you defeat Raven Beak in Metroid Dread by pointing out the attacks he uses in each of his phases and what you must do both to avoid them and to attack him.

We don’t want to spoil your experience prior to arrival at the boss, but basically, you will find it after using an elevator that takes you to the floating fortress Itorash.

The enemy has access to four main attacks and some melee attacks that you should know about. Practically all attacks can be dodged, although it is likely that he will hit you the first time in each one of them not knowing them well.

When the enemy raises the cannon of his arm in the air he is about to use a pink split beam attack and you must get close to the enemy to avoid being hit.

Another is when it launches a kind of black energy orb that will follow our character throughout the room and explode on impact. You can finish off this orb with enough shots or charged missiles or even a powerbomb.

It will also have a charging movement that lifts our character off the ground and immobilizes him against the wall, but you can dodge this attack simply by jumping on the enemy and knowing that he is about to unleash this attack when the boss lights up red during several seconds.

The last attack of phase 1 will illuminate the screen with a kind of red mist before the boss fires a great wave of energy and where you must use the ball form of your character so that you are not hit.

During the entire phase do not forget to use missiles to weaken the boss until we reach the next phase. You will have to be a specialist in the counter opportunity to execute the correct moments and thus be able to keep moving forward.

In this second phase, the enemy will begin to glow in gold and will use a movement that will allow him to position himself behind you, followed by a charge attack, so you must be very fast and jump immediately to avoid being hit.

When you have hit him with enough missiles, the enemy will stop to mock us with what we must approach to make a counter opportunity, in total there will be two opportunities that we will have.

You will be doing well if you manage to rip a piece of armor from the enemy until they sprout a pair of black wings that signify that we enter the next phase.

He will use four new attacks in front of us, and the most dangerous is a kind of light machine gun. When it is pointing at us with a thin red beam that begins to track us, it will start firing with this kind of machine gun and you must be jumping and other movement changes to go around the boss and not be hit.

Another movement is a powerful pink laser that if it hits us it will eliminate us practically immediately, but it fires it at an angle of 45 ° and on top of it it takes a few seconds to charge the attack, so you have time to dodge it.

The last two new attacks of the boss in this phase are a kind of lunges that he performs vertically and horizontally, so you have to be attentive to the specific situation of the boss because from there he will pounce on you, so you will have a second to do it. dodge in time.

Don’t forget to fire all the missiles you have while dodging the attacks and keep moving forward.

The enemy will return to the same moves from phase 2, but with a couple of additions.

A new movement is a giant golden ball that you can destroy with bombs and you must do it as quickly as possible because as you are hit you have all the power to fall eliminated.

The other new one is a pink laser similar to the one from the previous phase, but which will now fire it directly towards you, so once you see that it is charging the attack, it will simply be time you have to jump high and not be hit.

Do not forget to continue firing all the missiles you have during the phase until you almost permanently defeat the enemy presenting a final counter opportunity.

It happens after the credits of the game, as is customary in the series, and we can participate in a small sequence that will not be difficult for you to complete but that we advise you to have the command nearby. We do not want to destroy this final part so we will simply tell you that things are not over.

With this, you already know what you must do in each of the phases in the confrontation against Raven Beak so that we can finish Metroid Dread.

How to complete Crocodile Tears in Far Cry 6?