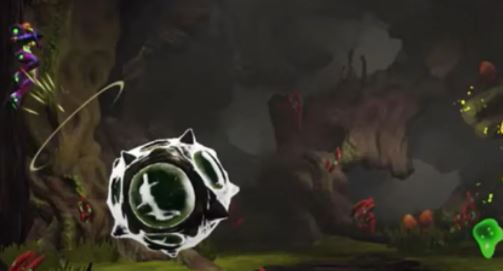 We give you all the steps so that you can eliminate the penultimate enemy of Metroid Dread, in about four phases that will demand the best of you.

One of the great releases that Nintendo Switch has received so far in 2021 has been Metroid Dread, a title that is reminiscent of other old-fashioned license installments, and that you are sure to love in this new iteration as well.

One of the high points that you can enjoy throughout the Metroid Dread games is the confrontation with the bosses who will demand the most from us, especially when using those skills that we have just unlocked.

Regarding the penultimate boss of Metroid Dread, named Golzuna, it is divided into different phases and although it is not one of the most complicated bosses in the game, it can end up being a headache if we don’t really know what to do in each one. of its phases.

Metroid Dread: How to Defeat the Golzuna Boss in Ghavoran

After you acquire the skill of the screw attack in Artaria you will have to return to Ghavoran to the pool of water below the room where you found the radar. Here you can use the new ability to move to a new outdoor area, and from there you will run into the door that the boss will take you.

Extremely easy, given that the enemy will have taken the form of a Muzby, you already know how to eliminate it with the relevant missiles or charged attacks.

Very similar to the previous one, but now it will be a giant Muzby, so keep launching charged shots or missiles directly at its back to take it down.

Perform a strategy similar to the previous phases using missiles and attacks loaded on his back, but when it comes time to have to slide under the enemy to attack him from behind, you must be careful since now the boss has a new movement in the game. the way you will take three big steps back.

It does not end here, because after taking the steps backward, it will release a kind of white ball of energy that will follow you for a short time. As soon as it finishes following you it will explode in a cross shape so you will have to be prepared to dodge the projectiles.

But there is much more, because in subsequent attacks, the enemy will throw four of these white energy balls at you instead of one, but this time in a diagonal line. In order not to take damage, you must make sure you are not directly under any of them and transform into a ball just before they explode.

Here the enemy will revert to his parasite form when you’ve dealt enough damage and you basically have to focus on hitting him with missiles or charged shots.

New World: All information about housing and which trophies will bring you the most