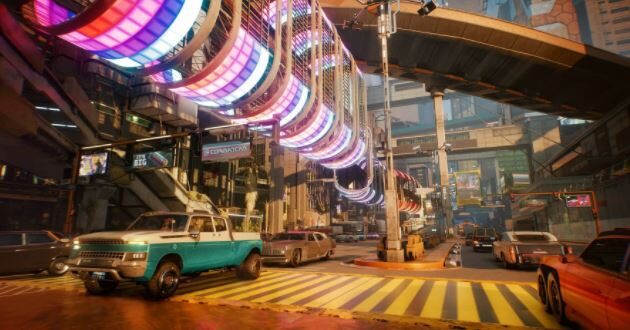 Cyberpunk 2077 for PS5 and Xbox Series will be released in the second half of 2021. The developers apologized for the game problems

admin 3 days ago News Comments Off on Cyberpunk 2077 for PS5 and Xbox Series will be released in the second half of 2021. The developers apologized for the game problems

On January 13, CDPR co-founder Marcin Iwinski made a five-minute statement regarding the problematic start of Cyberpunk 2077. The developers confirmed that the patch with support for next-generation consoles will not be released until the second half of 2021 – apparently, on PS5, the game will still work in resolution close to 1080p.

The main problems of the game are planned to be fixed in the next two months – along with patches 1.2 and 1.3.

For the sake of urgent fixes, the studio decided to postpone the release of the free story DLC a bit. They will be released later – along with other patches.

CDPR says they initially knew that Cyberpunk 2077 would be “heavy” – including due to the density of details in the open world of the game, but overestimated their strength in the case of the previous generation consoles.

The game world is not stretched on flat terrain, where we could reduce the load on the equipment, but in one big city and in conditions where there are relatively few downloads. We made it even more difficult for ourselves when we wanted the game to look great on PC, then plan to fit it to consoles – including the previous generation. We started from this. And in the beginning it didn’t look too complicated. We were aware of the difference in performance, but overall, time has shown that the task was more difficult than we thought.

The developers claim that the problems on the consoles were allegedly not discovered during testing.

As it turned out, during testing, many of the problems that you encountered in the game were not found. As the release date approached, we saw significant improvements every day and truly believed we would get the quality we wanted with the zero-day update.

Finally, the company explained why the press was not given the keys for the console versions in advance.

We started sending out keys for the PC version of the game in early December. On release day, December 10th, we immediately received very good feedback on the PC version. And while this version of Cyberpunk 2077 is not perfect, we are very proud of it. While the codes were being sent out on PC, we continued to work hard to improve the quality of the game on the previous generation consoles. Each additional day of work on the zero-day update brought visible improvements. Therefore, we started sending out keys for the console version reviews on December 8, that is, later than originally planned.

The team promises to release updates without overtime and avoid crunches in the future.

The team is working on making the game appropriate corrections without requiring overtime. Avoiding recycling in all of our future projects is one of our top priorities.

The next big update for the game will be released within the next 10 days, and after that in another 3 weeks, in February, the team will release the largest patch since the release.

The developers do not yet know when the game will return on sale in the PS Store but hope to resolve the issue soon.

I was born to Play games. I related to Tokyo, Japan. Playing on Nintendo Switch is my hobby. Playing games is in my blood
Previous Phil Spencer’s team is in talks with all publishers to add games to Xbox Game Pass
Next Remakes of Sinnoh / Pokémon Diamond and Pearl for Nintendo Switch