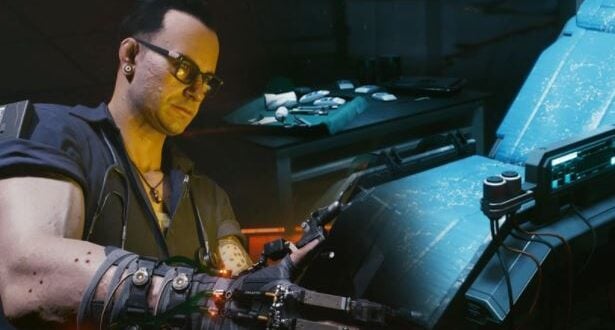 Shares of Cyberpunk 2077 developer CD Projekt surged after Elon Musk expressed his admiration for the game.

The Tesla CEO tweeted out a photo of his firm’s new sedan, the Plaid Model S, suggesting it would be able to run Cyberpunk, Witcher 3, and several other video games.

“It can play Cyberpunk,” Musk said. “The esthetics of Cyberpunk is incredible btw.”

Elon Musk has played CD Projekt’s popular futuristic RPG … and claims that his world is not that different from ours.

Oftentimes reality is stranger than fiction. While in the case of Cyberpunk 2077 this is not yet the case, for Elon Musk the advances in science are not far from the cybernetic implants that we see in the RPG of CD Projekt. The well-known billionaire felt weird playing Cyberpunk.

Elon Musk affirms that he felt ” at home ” when playing Cyberpunk 2077, of which he praised its world and how it raises technological advances, which for him are not too far from what we will see very soon in real life. We remember that Musk has his own company related to advances in the health field.

” I was playing Cyberpunk, the game, and I thought, uhhh, this is pretty close to getting here (to our world). Like, ” oh man ”. Like, is this where we’re going? We could get to that very soon. I’m just saying, for now, what we’re researching will help people who really need it, ” Elon Musk explained on the Joe Rogan Experience podcast.

These statements make a lot of sense since the well-known physicist is working on implants that can be incorporated into different people, to help correct problems and injuries of the spinal cord, as well as other serious pathologies.

Sure, Elon Musk says it won’t be an overnight change and it will be gradual. The point is that what he saw in Cyberpunk 2077 leads him to think of a very similar reality a few years from now, which made him feel “weird.”

” We are working on an open-source project so that everyone can have high-resolution reading (brain signal) technologies built into the headphones, in a lot of different modalities,” Elon Musk explained last month.

I was born to Play games. I related to Tokyo, Japan. Playing on Nintendo Switch is my hobby. Playing games is in my blood
Previous Capcom talks about Ethan Winters in Resident Evil Village: “The team grew very close to Ethan as a character”
Next New Nintendo Direct for February 17 focused on games that will arrive in 2021 and titles already available