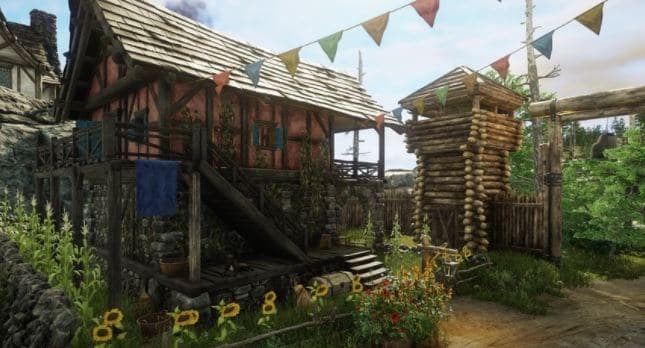 The Steam Achievements of New World’s reveal a great deal about player behavior in the new MMORPG. So just 8% of the players are at level 60, but is that really little, or is it a lot? We at Nintendosmash explain the situation.

What are Steam Achievements? If a game is on Steam, then in most cases it also has Achievements. These are often similar to those on consoles and give you success when you’ve achieved something specific.

New World has some of these achievements too, over 130 in fact. These reward you in MMORPGs for playing the game itself, for collecting certain items, or for reaching a certain level.

Thanks to the “Global Achievements” function of Steam, you can see for each of the Achievements how many% of the players have already completed this achievement. That in turn allows for some exciting keys to New World.

Can you come up with exact numbers? Unfortunately not. You can see as a percentage how many players have achieved an achievement and how many people are currently online. At the moment we cannot say how many players actually have the game.

Since Amazon has not yet published any sales figures, the exact number cannot be traced. Depending on where you look, New World has between 1.8 and 20 million players. It is very certain that there are at least 900,000 because that is how many players at the same time on the weekend of the release.

How do the numbers compare to other MMOs? About 8% of the “New World” players have reached the maximum level of 60. But how does that compare to similar games?

Compared to the survival MMO Fallout 76, the numbers are roughly the same. 8.3% of the fans have reached level 100 there. In percentage terms, that’s about the same number of users, but the number is much higher at New World because it has many more players.

The MMORPG SWTOR came to Steam last year, but only 2.3% of players managed to complete the last chapter of the story, which is significantly less than in New World.

Both games have been around longer than New World and have fewer players on Steam. Nevertheless, after one month, 8% of users have already reached level 60. That suggests that New World fans are particularly committed.

Why is that? Other Steam achievements confirm this theory. After all, 29.5% of the players have achieved the achievement of playing New World for 80 hours. 12.6% are already at 160 hours and 2.5% are even at 320 hours. In just a month.

That could be because New World had an enormous hype and many wanted to use the chance of a new, large MMORPG to be right at the front. The first players had reached level 60 after just three days.

The rest of the player base is also slowly catching up. The thirst for a new, big MMORPG was definitely there and New World was able to quench it for many. Many players also say that they know that New World is not optimal, but that there is nothing else that can currently be played.

So even though New World is currently losing players, which by the way is the most normal thing in the world, the game is far from dying, as many already prophesied in the comment columns. On the contrary, the game is in very good shape after a month.

5% of the people are traveling without a faction

Who needs parliamentary groups? A full 5% of the fans are in the game without a faction. You can choose a faction from level 10 and that is what 86.9% of all buyers have achieved.

Meanwhile, 35.2% of players have joined the Syndicate, making it the most successful faction when you look at it globally. After all, 30.9% joined the marauders and 15.8% opted for the alliance.

This means that a total of 86.9% of the users, 81.9% have chosen a parliamentary group. One reason for this could be the “Webermoor challenge” circulating on Reddit.

Which achievements are still exciting? It is also interesting to see which professions and life skills are well received by the fans of the game. Right at the front is the “Jägermeister” achievements that you get when you get track reading at level 200. A full 21.4% of the players have already achieved this.

The other end of the gathering skill is, unsurprisingly, fishing, which is very slow to rise. Only 0.2% of fans have level 200 fishing.

Life skills are even worse: armorers, jewelers, woodworking, and engineering have only 0% of players at level 200. We cannot say exactly at which value Steam rounds down to 0, but there are very few players.

When it comes to weapons, the hatchet seems to be the most popular, as 4.9% of players have already brought the weapon to a maximum level of 20. Closely followed by the battle-ax with 4.7% and the life stick with 3.6%.

The iconic musket seems to be the least popular, because only 0.5% of players have leveled it at level 20, and the bow doesn’t look much better either. It is second from the bottom with 1.4%.

New World: How to level up weapon more easily

Age of Empires 4: Rotate buildings – is that possible?