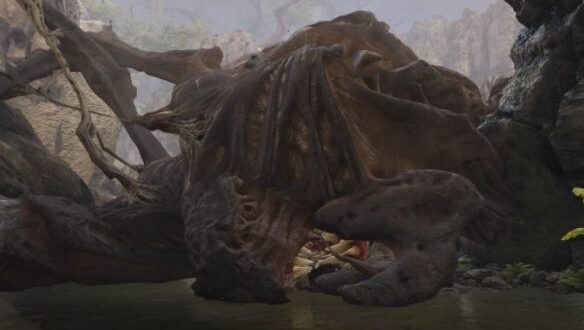 Outriders distributes guaranteed legendary weapons – How to get 3 of them

Legendary weapons are the most powerful weapons in Outriders and very difficult to get. We show you 3 places where you are guaranteed to find a Legendary.

What are legendary weapons? These are weapons with unique effects that you can find in Outriders. Normally you can get them by dropping them from enemies, but you have to be very lucky. The world level also plays a role – the higher your world rank, the better the loot that drops.

Legendary items are not necessarily the strongest in the game on their own, but they provide you with their unique mods when you dismantle them. These can be incorporated into other items, allowing you to craft your own top items. This crafting system clearly sets Outriders apart from other loot shooters.

Legendary Weapon through Story Boss – How it works

Here is the weapon: You have to defeat the story boss Chrysalismutant (Chrysaloid). You will find him in the sixth chapter, in the forest, as the fourth boss. Once you have killed the Chrysalismutant, you will be rewarded with a guaranteed legendary weapon, but only for the first kill.

The weapon that drops, however, is random. So you get a Legendary, but you don’t know exactly which one beforehand. In addition, this drop is only guaranteed for the first victory over Chrysaloid. If you defeat the boss a second time, there is no longer a guaranteed legendary weapon. Afterward, however, the mutant is still worth farming for titanium.

The good thing about this is that you can even defeat the boss on world level 1. So you don’t have to sweat unbelievably against the mutant but can even finish him off on the easiest level.

Maybe you’ll be lucky and get one of these 10 strong Legendary:

Legendary Weapon through World Level 12 – How it works

Here’s the weapon: You don’t really have to do anything for it except play. If you reach world level 12, the reward is a golden chest that gives you a legendary weapon. For example, there is a report on the weapon “The Wicker”. This is a legendary SMG that you can equip directly after the drop. But there are also other weapons as rewards here.

However, world level 12 is not that easy to reach. You have to spend a few hours in the game to get there. You will rise in world rank faster if you die less often. So if you often bite the dust, you will have to be patient.

Legendary Weapon by Quest – How to do it

However, the weapon parts are quite tricky to find, so you have to search well. Be prepared to kill many enemies before you have collected all the parts.

In the end, however, you are guaranteed to be rewarded and do not have to hope for a random drop. You then have the choice between 3 different weapons:

Outriders can be quite difficult on their own, which doesn’t necessarily make these easy methods trivial. Reaching World Rank 12, in particular, can take a while on its own.

I was born to Play games. I related to Tokyo, Japan. Playing on Nintendo Switch is my hobby. Playing games is in my blood
Previous Nintendo is planning a big direct with the Switch blockbusters that you are currently missing for E3 2021
Next Outriders: If you play the wrong class, you will be kicked out of the co-op