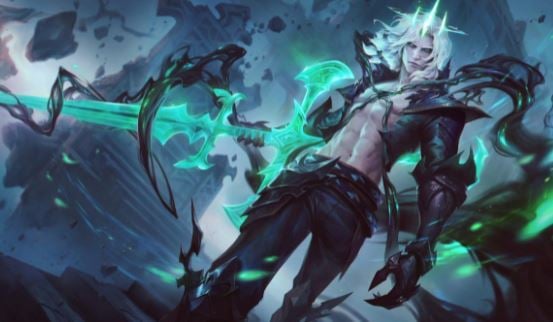 Viego , the famous Ruined King will be the final boss in our Ruined King: A League of Legends Story adventure. Today we bring you some tips and tricks that you can apply to your combat. From the best character compositions to the different phases of the battle and the boss.

There is a very safe character combo. Illaoi, Ahri and Miss Fortune. With many heals from the first and damage with Fortune. It is balanced, and we can withstand the great blows of the Ruined King. Do not forget before entering the battle to have everything prepared, all at 30, good equipment and some enchantment. By the way, don’t forget to buy some Rune Knowledge Tomes. To have some extra strength.

With all this, we can begin. Make the tank always provoke, and then defend itself. Viego intersperses attacks on AoE and on a single target. You simultaneously coordinate these attacks with cures and protections. Except for the carry. In the first phase of combat, you can attack with everything. Soon he will put on a shield that reduces all damage taken by 50%. Use an attack on the speed row and you break that defense.

From this point, the combat zones are filled with black fog or ruin. If an ally dies, Viego can resurrect him for his team, so be careful. On the other hand, we can only attack in the red areas of the ruin. As dangerous as it sounds, only then will it be harmed and we will move forward.

This phase of the combat depends on each one, as we will face the ruined versions of our allies. If we fight Illaoi, Ahri, and Miss Fortune, we will face Braum, Pyke, and Yasuo, for example. Basically, the remaining allies that are not on the team will have a lot of health and very good damage, so follow the same strategy. Provoke, shield, heal and forcefully attack one. You will go little by little but there is no rush.

The last phase is not difficult, it is the simplest, us against the Ruined King. A lot of damage and with the possibility again to raise fallen allies for your ranks. But at this point, he will not have much life left. Always keep in mind to apply statuses to it, such as tears, burn, bleeding and poison. It will help us to lower it if in any shift we need to heal or protect ourselves.

With all this, you have a small guide to end Viego and end your journey in Ruined King. Even if you defeat him, you can continue playing in that same save, so don’t worry if you missed something. After finishing the game we will obtain different achievements, based on the chosen difficulty.