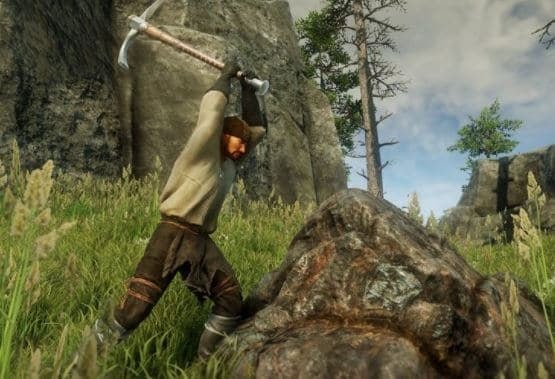 In New World, the battle between the 3 factions plays an important role. Individual guilds can conquer settlements and defend them against attackers. However, it went wrong with one guild. Then a great drama developed.

On the Heracleion server there was a big drama with the faction “The Syndicate”:

What exactly happened on Heracleion? A company from the Syndicate faction had lost a battle for their previously purchased settlement. According to the Reddit user Paradoggs, this was mainly due to poor organization within the company.

Then the company tried to buy the last free settlement in Reekwater, but it failed because of the donated money.

The guild leader is said to have got angry and asked all players to put money in the guild bank. 60,000 gold were collected from 200 players. But then he betrayed his teammates.

He stole the gold from the bank and used a friend to bring the gold to the enemy faction of marauders afterward. He then deleted his character and started over on the side of the marauders who had already dominated the server before.

Can he do this with impunity? That will now be seen. The player is said to have already been reported by several company members. Paradoggs emphasized that the guild leader had robbed everyone in the guild of the fun within 2 hours.

Basically, however, intriguing and cheating is a mechanic that is definitely expected from Amazon. However, the main aim should be to get rid of an unwanted company from your own faction in order to take over the settlement yourself. There was never any mention of a gold theft from the guild bank.

On Reddit, some players see a “real pirate” in this promotion or feel reminded of EVE Online. Others find the action “childish” or “just stupid”.