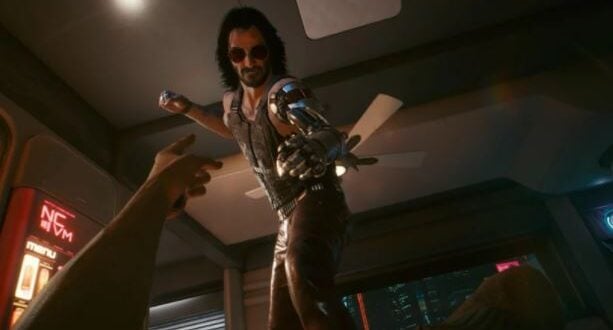 Cyberpunk 2077: Experts fear that the improvement will not be significant

admin 1 week ago News Comments Off on Cyberpunk 2077: Experts fear that the improvement will not be significant

The COVID-19 pandemic, keeping consumers at home, significantly contributed to the growth of game developers’ ratings in 2020. Despite the expected reduction in infections, the industry remains attractive to investors, say analysts.

Video game producers are one of the few industries that have benefited from the Covid-19 pandemic, which was reflected in the stock market.

“Last year, the gaming boom was caused by three factors: a strong USD, lockdown and the resulting large change in the way of spending free time, and very high expectations for the launch of” Cyberpunk “, which had a significant impact on the attitude of investors towards the entire sector. industries were losing, and as alternatives for investors, other game producers and the so-called WIG-COVID “- assessed Maciej Kietliński, an analyst at Noble Securities, in an interview with PAP Biznes.

“The pandemic accelerated positive trends, such as the transfer of sales to digital channels or the increase in the popularity of mobile games, which was associated with more free time. It will be difficult to repeat this year, and therefore this year will probably not be so good for video games like 2020. Positive trends will – in my opinion – progress, only slightly slower, so gaming should remain an attractive sector all the time, “Michał Wojciechowski from Ipopema Securities told PAP Biznes.

As indicated by the forecasts of the analytical company Newzoo, in 2020 the value of the gaming market increased by 19.6%, to USD 174.9 billion, while in 2012-2018 the average annual growth amounted to approx. 12%. Newzoo’s forecasts for the coming years show that the industry still has good prospects – this year the market will increase by USD 28.7 billion, and in total, in the next three years (2021-2023) the company expects an increase by USD 43 billion.

According to Kietliński, in the new “post-Covid” reality, the market will also pay more attention to the selection of companies: companies with a portfolio of good games, promising premieres, and repeatable and predictable results will benefit.

According to the Noble Securities analyst, after the recent declines, CD Projekt’s price may already include a lot of negative information related to the premiere of “Cyberpunk 2077”, which took place on December 10.

Since the game’s debut, the stock exchange valuation of CD Projekt has dropped by over 30%. The problem turned out to be a large number of errors, or even problems with the operation of the game, on older PlayStation 4 and Xbox One consoles. In mid-December, Sony, the producer of PlayStation, removed the game from its store, and Microsoft, the creator of Xbox, offered unhappy players a refund. At the end of the year, two American law firms announced in turn that they would file class actions against CD Projekt, accusing the management of misleading investors.

Analysts agree that in the short term, the most important thing will be how effective the so-called patches, or collections of game fixes, which are to be delivered to players in January and February. Experts fear that the improvement will not be significant.

“Patches are the most important at the moment, nothing else can surprise us as positively as the information that the game works better on consoles. However, I would not expect any dramatic changes here, there was not too much time to improve a lot. Important fixes. it’s rather a matter of six months, “Wojciechowski said.

“I do not assume that in two months, in terms of the quality of the game on older generation consoles, the company will manage to achieve something that has not been achieved in several years of work on the game. However, it should be noted that we are talking about a part of the market, perhaps approx. a million copies sold to older consoles as part of pre-sale “- assessed Kietliński.

According to the Noble analyst, if the company manages to solve the problems, the game may sell up to 50 million copies within 5-7 years. He also lists other opportunities.

“Next year, we will see the premieres of additions to ‘CP 2077’, the global debut of the mobile game ‘The Witcher: Monster Slayer’, new information about ‘The Witcher 4’ – these are factors that may support the price increase in the long term CD Projekt shares, “he said.

In the shorter term, Wojciechowski sees threats to the valuation of CD Projekt.

“There is a significant slowdown in PC game sales, which is currently the key sales channel. Meanwhile, the market is still showing very high sales forecasts, similar to the results of ‘Red Dead Redemption 2’ – I see a risk of further lowering them” – he said.

“Updating the company’s strategy (planned in the first quarter – PAP) creates risks – the market has so far had optimistic assumptions about the pace of production of the company’s next games. It will be hard to surprise positively and, for example, to declare that the multiplayer version of the game may appear in 2022. The company will rather focus on rebuilding trust and a plan to improve Cyberpunk’s playability, “he added.